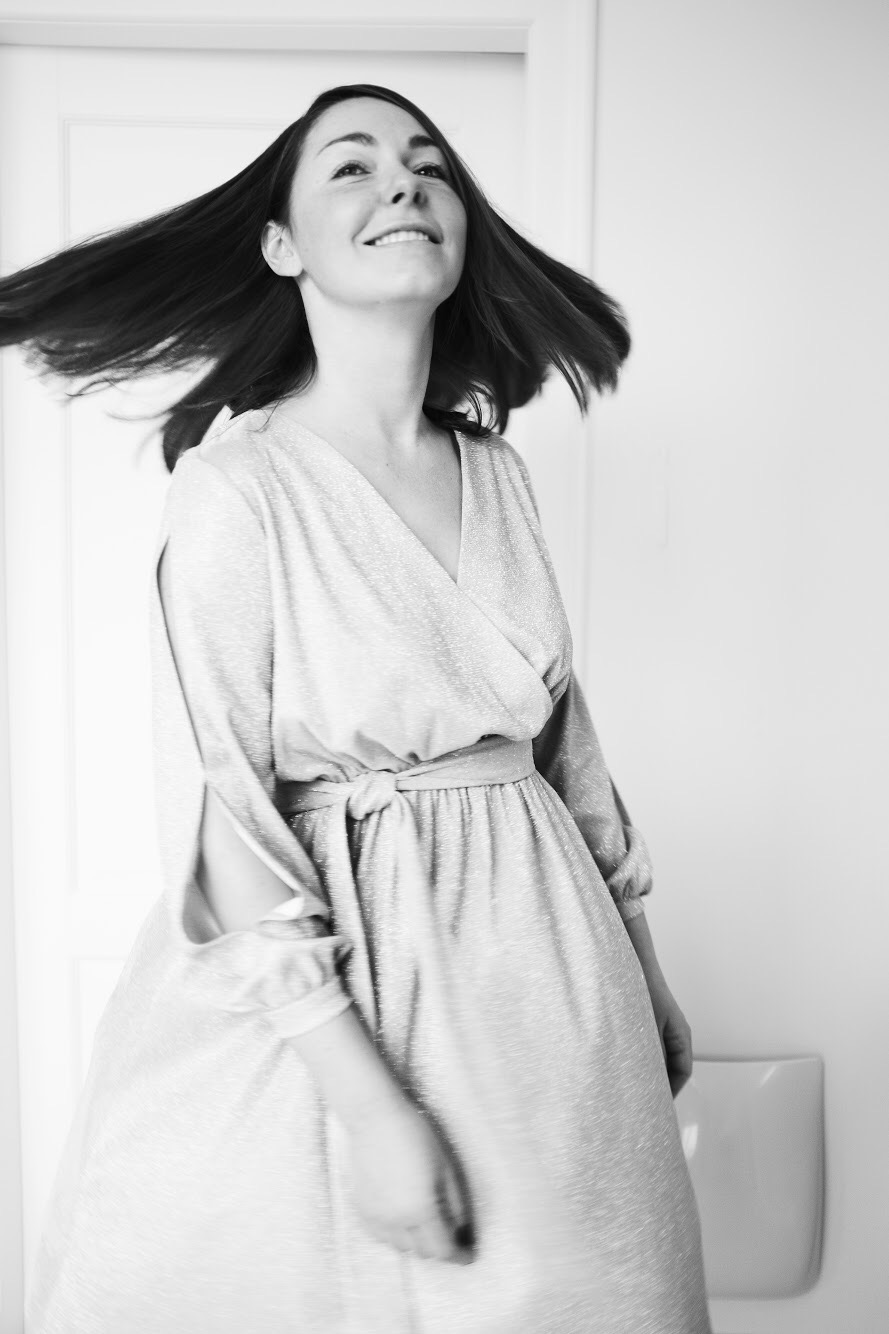 Maria Polushkina was born in Moscow. After finishing School No686 (Class-Сentr of Sergey Kazarnovsky) she lived and studied in Germany. She graduated from the Faculty of Communications and Mass media at Free University of Berlin (Freie Universität Berlin). Since 2011 she lives in Moscow. In 2016 she published a book “Between us” in co-authorship with the poet Anna Arkatova. She participated in many exhibitions in Russia and abroad. Works of the artist are in private collections in Germany, Netherlands, Estonia, Latvia, Sweden and Russia.

SUBMISSION: TIME - The hourglass as a symbol of Time

I want to send Time to the Moon or rather the symbol of Time – the hourglass.

In different mythologies and religions Time is not always defined in the same way. It may be what is called eternity and is sometimes seen as a change of cycles or appears to be linear. A particularly eloquent image of infinite cyclicity is embodied in the hourglass, namely in its form. This time measurement tool consists of two glass flasks connected by a narrow neck through which sand is flowing for a certain amount of time. The fact that after the sand is down, by turning the other end up, another time interval may be marked, and the process may be continued indefinitely which once again underlines the cyclical nature of life. It symbolizes the eternal passage of time, the sand slipping away until there is no more, and therefore a continual reminder that life is finite, and that therefore we should make the most of it while we can.

One part of the hourglass is always full, the other empty and this cycle of emptiness and fullness follow each other – just like in life, where joy and sadness for example often follow each other. Nevertheless digital timepieces, the rush of time and our modern lifestyle have pushed the hourglass away from everyday life, adding a patina of mystery to this symbol from ancient times. There is a graceful elegance, mystery and a magic in this beautiful and simple functional form.

From ancient times hourglass helped artists to represent complex ideas: the Present as a moment between the Past and the Future; the dual nature of Life, recurring sequence of Cosmos and Chaos.

Time is something we deal with every day, and something that everyone thinks they understand. Time is a mysterious substance. Occasionally it works for us, but more often against us. You can say – time waits for no one.

But one thing remains unchanged: Time always moves in one direction – only forward! Just like science. Look, in the 21st century you can make an exhibition on the Moon! 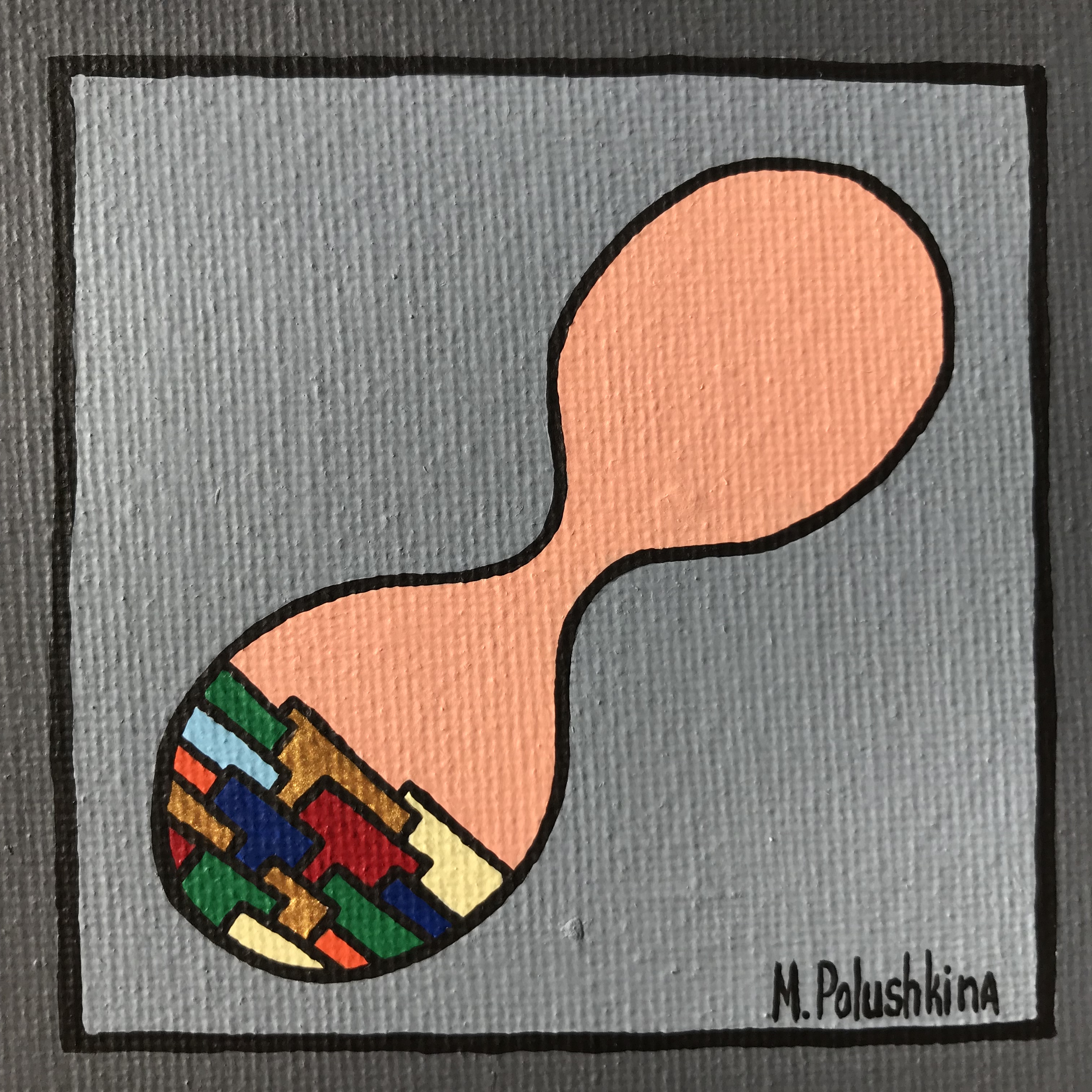 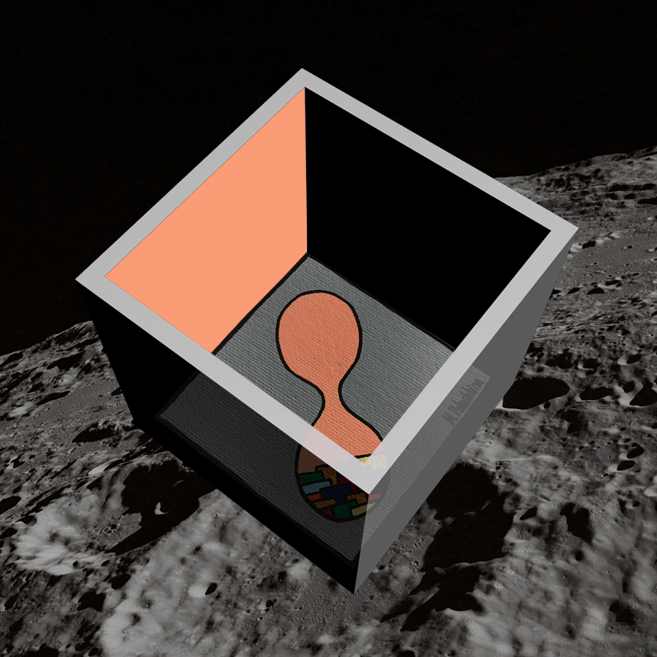 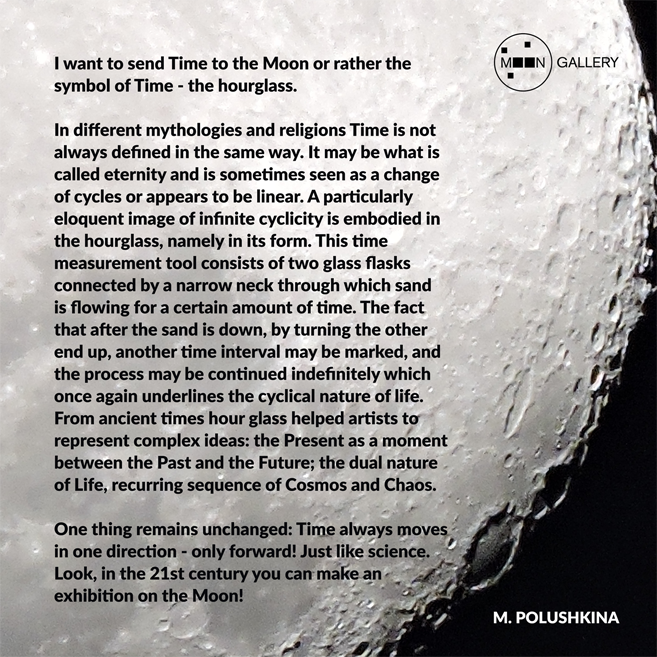