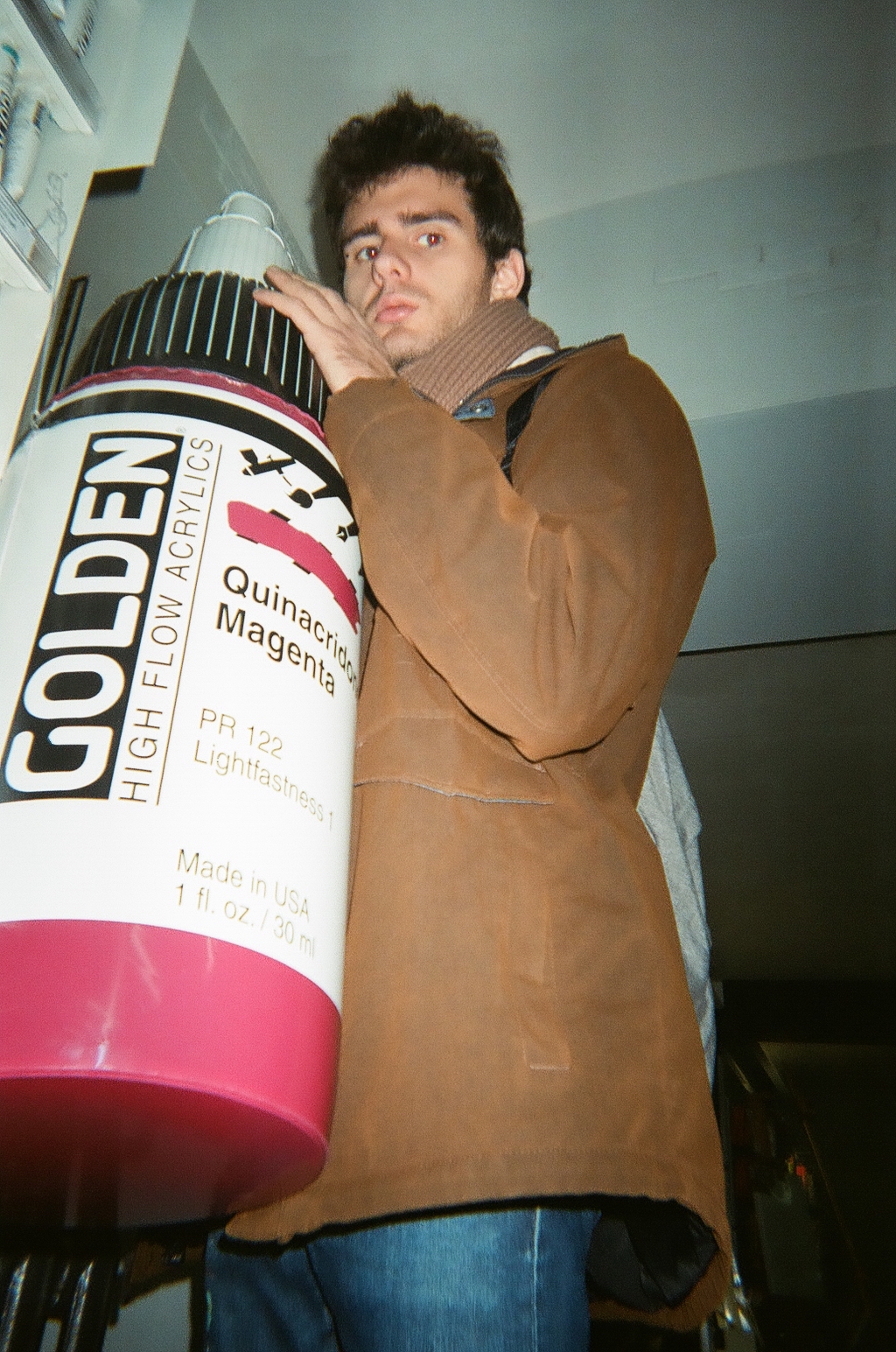 Arti Struyanskiy is an artist whose oeuvre is focused on intense feelings born out of constant comparison between a human body and the ongoing processes within universe. His works are fueled by a mixture of ontological questioning and physics. The results of these explorations pursuit creating a ground for forfeiting such notions as psychological time, desire for the ‘becoming’, and consequently and ultimately the misery of existence. Arti was born and raised in Moscow, Russia. He has attended Stroganov’s Academy of Art, Moscow, Russia and California College of the Arts, San Francisco, USA. Currently, he is residing on unceded Musqueam, Squamish and Tsleil-Waututh territories and pursuing an MFA degree at the University of British Columbia.

Inspired by early inquiries into visualization of 4-dimensional space through cube shape by Charles Howard Hinton in his book “A new era of thought” to create my artwork I’ve decided to focus on the idea of a ‘flattened’ 3d space. As in a 3-dimensional space a 2-dimensional plane has no “corners” to hide behind – so is a 4-dimensional space unfolding a 3-dimensional topology ultimately leaving no hidden nooks. In other words, 4-dimensional existence implies perceiving all sides of a structure at once. Translucent textiles enable the viewer to experience such implications. However, these concepts are challenged by elements of nature – the light is capable of constantly alternating the colors; moving around the structure endlessly transforms the appearance, educating the viewer about the ever-changing topology of the space. The primary and secondary colours become a blended visible spectrum where one colour no longer can be separated from the rest. This endless andlessness of forms, perceptions and concepts is at the heart of being a human. We know there is no bottom or top level to existence, yet we still push further and further with our futile desire to reach the “final frontier” of space-time, thought and being. This tiny sculpture is a testimony to our place in the universum – a visual example of how little we understand and at the same time how bottomless this little quantity is. 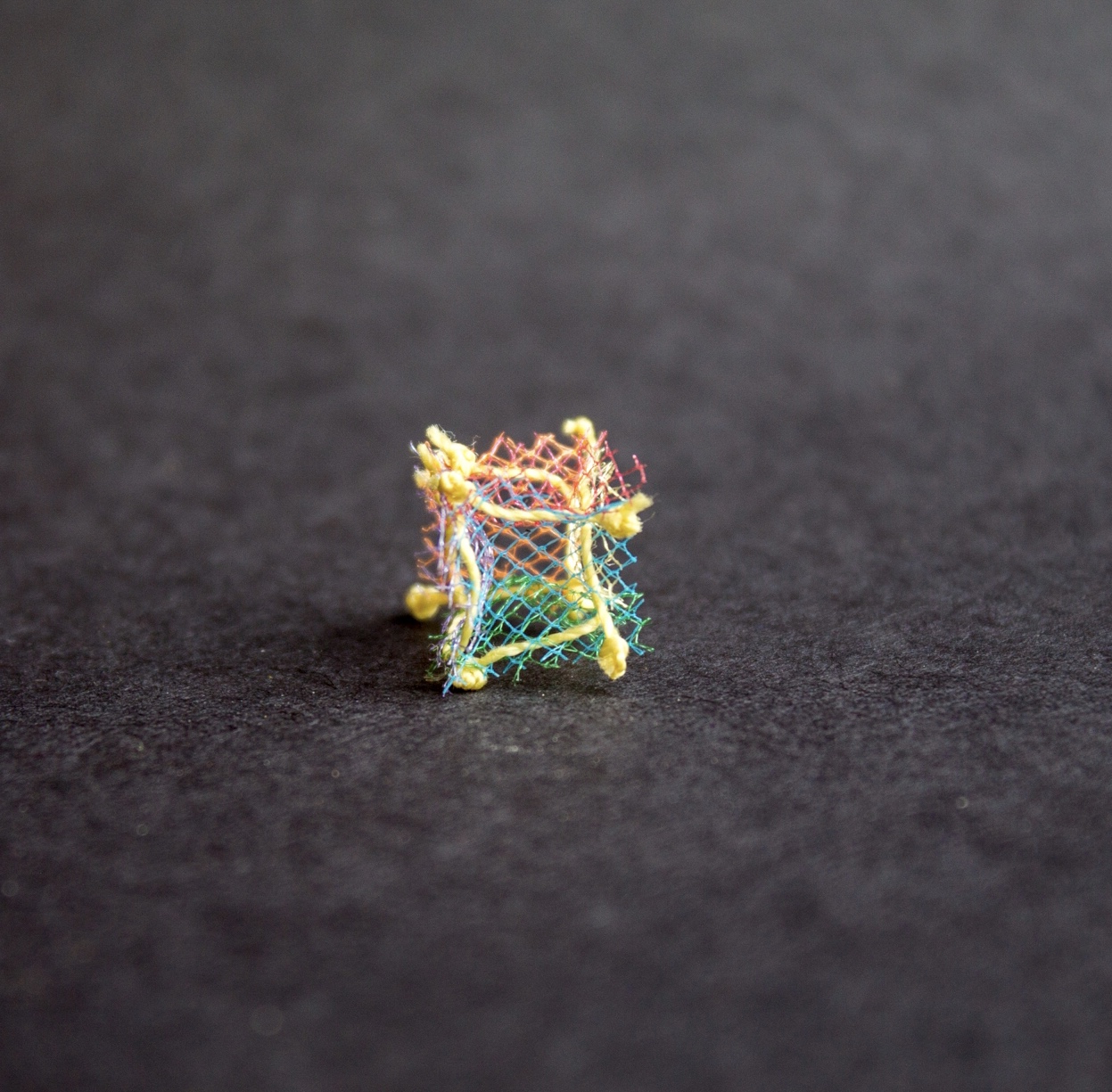 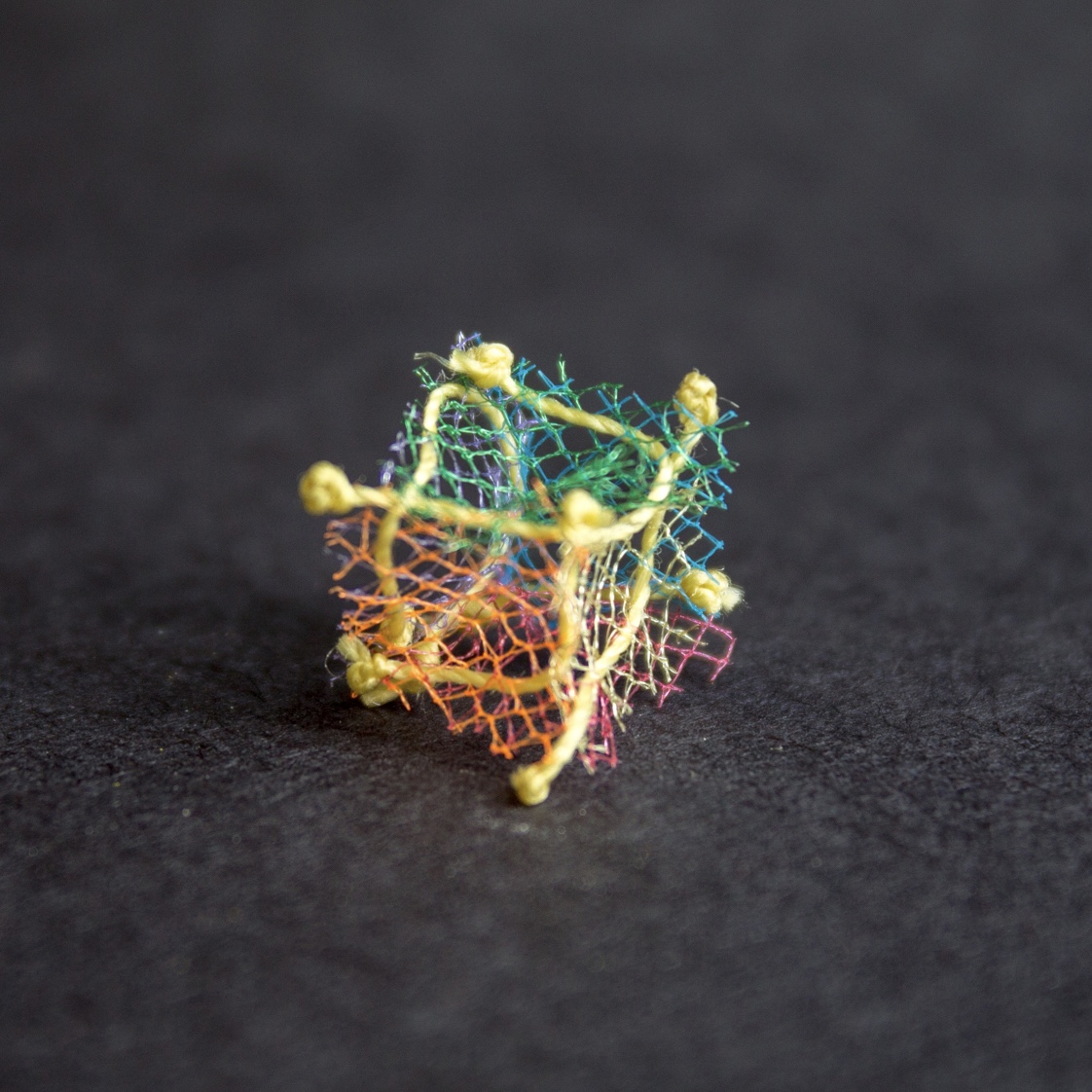 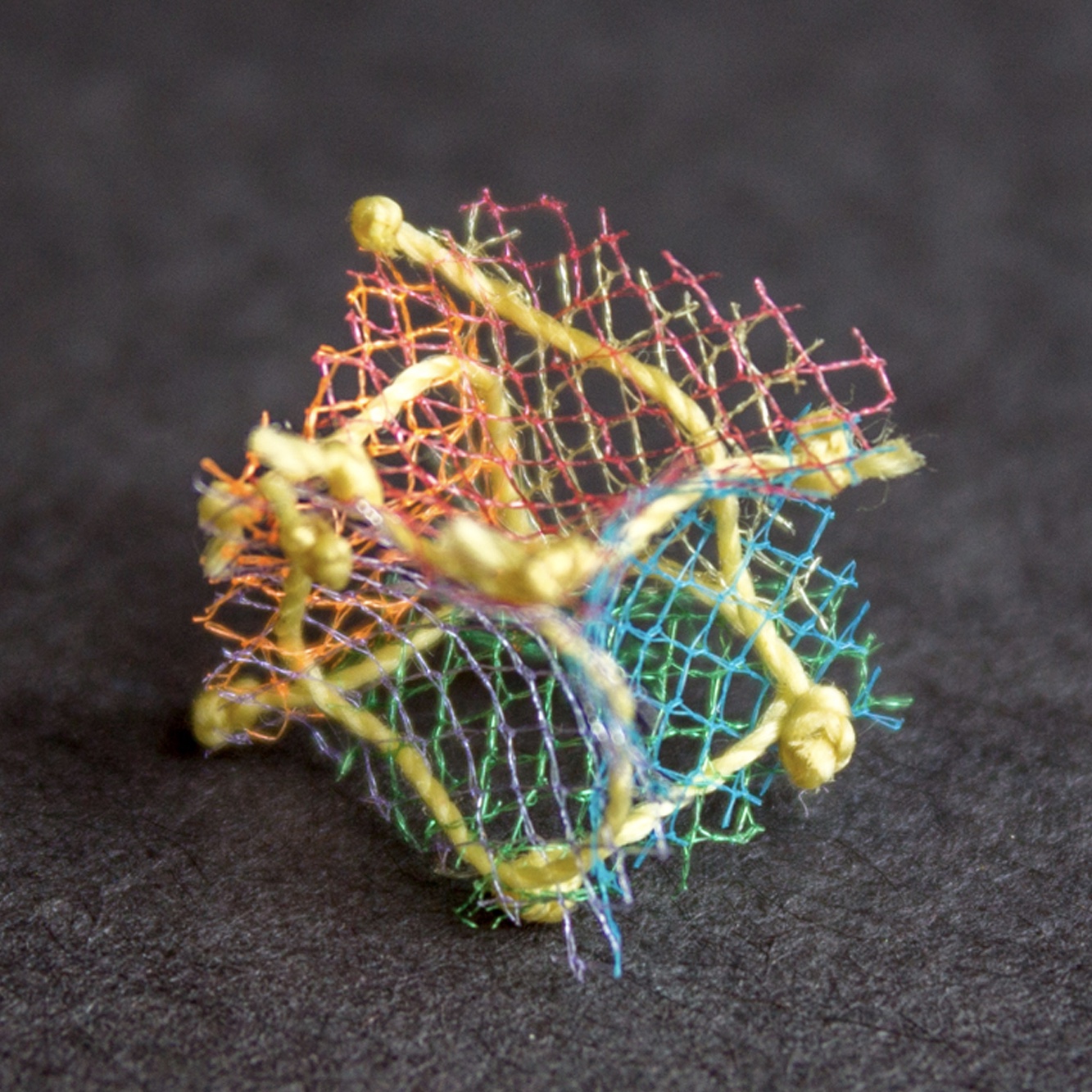