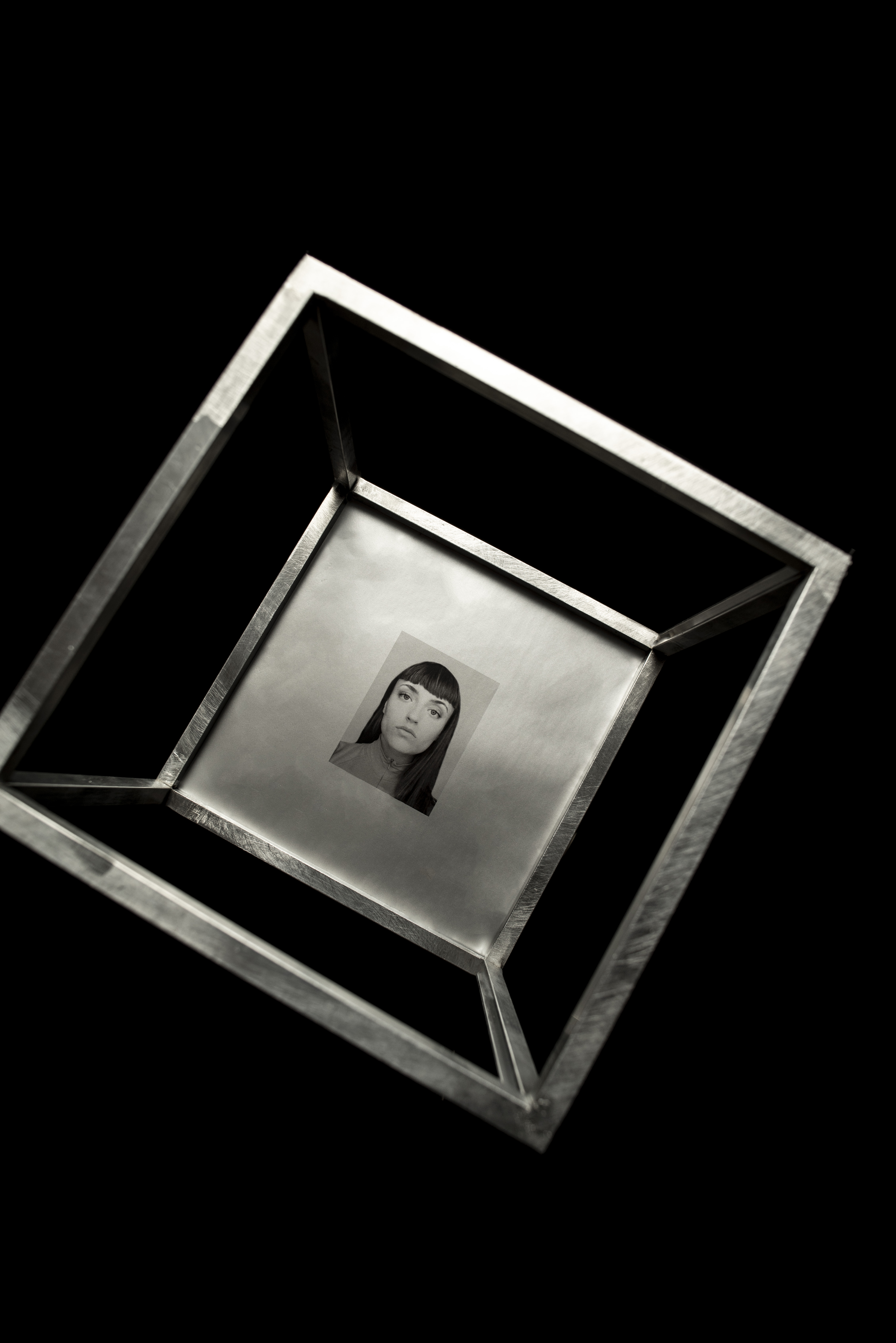 Daria is a spatial designer that finds inspiration in cultural heritage and unfavourable topics of Soviet Union and contemporary Russia, introducing audience to the glimpse of Eastern European mentality.

Hidden and well polished confusion, as well as controversy, became the tools she uses to invoke discussion and tension within her audience. It connects extremes and creates foundation for unexpected combinations in her work.

Working with fluid media allows her multiple ways of material conversion leading to accidental definition of shapes that usually cannot be replicated.

II World War. Orel province, Russia. Little girl Tamara spent her winter hiding from fascist Germany in a trench sucking on a rotten potato. Humidity and raw soil became her guardian angels midst a ditch that could become whether her grave or sanctuary.

That became my good night story from my great grandmother when I was a kid. And it definitely made its impact.

Our cultural and historical background force us to stigmatise even such things as materials. Rammed earth and raw concrete are the materials of transition. Inter and after war reconstruction, something that is not necessarily pretty.

“Flux” is a revision of values and opinions. A metaphor for hope that holds up the walls of a shelter. It is a manipulation of liquid matters that form unity between Earth and Moon. 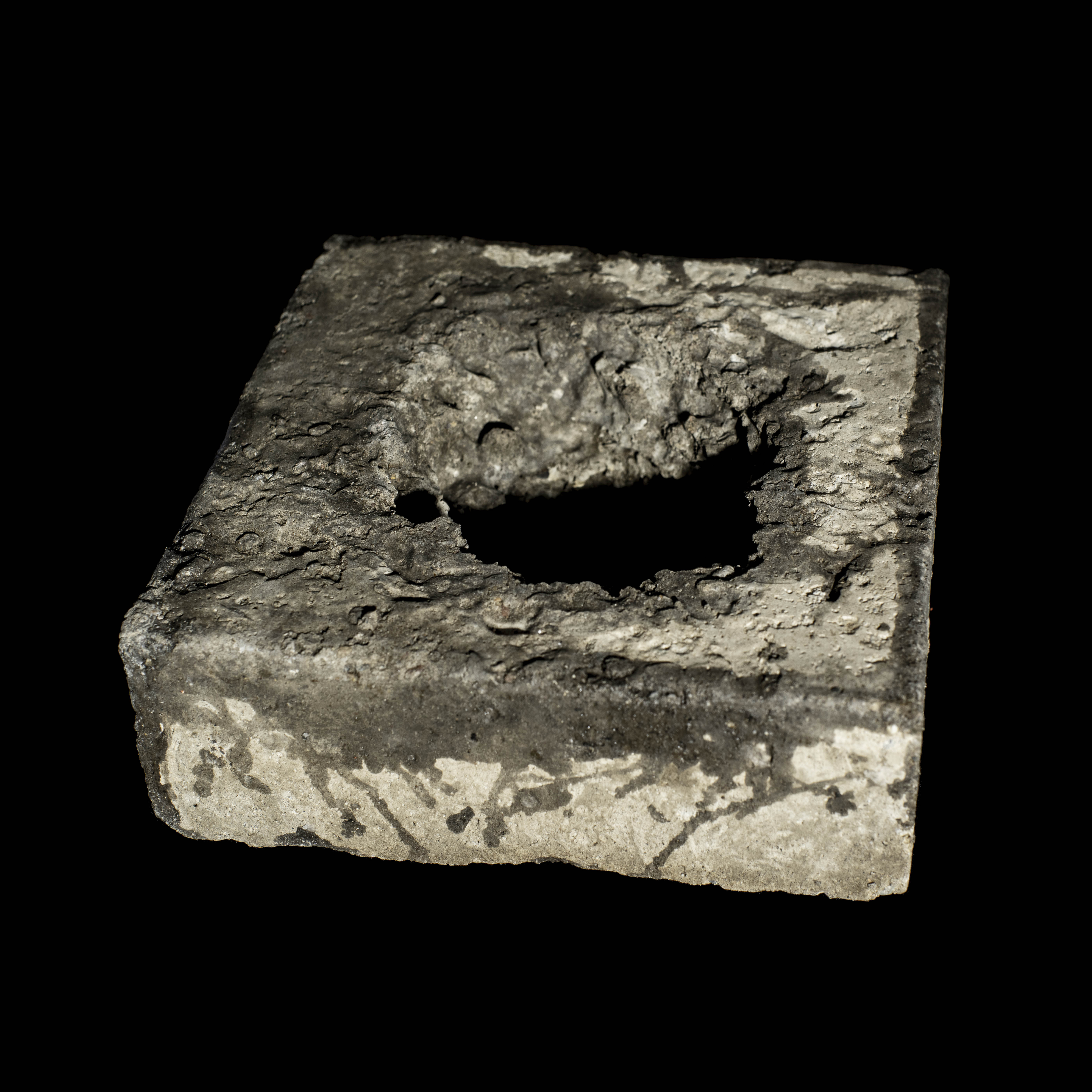 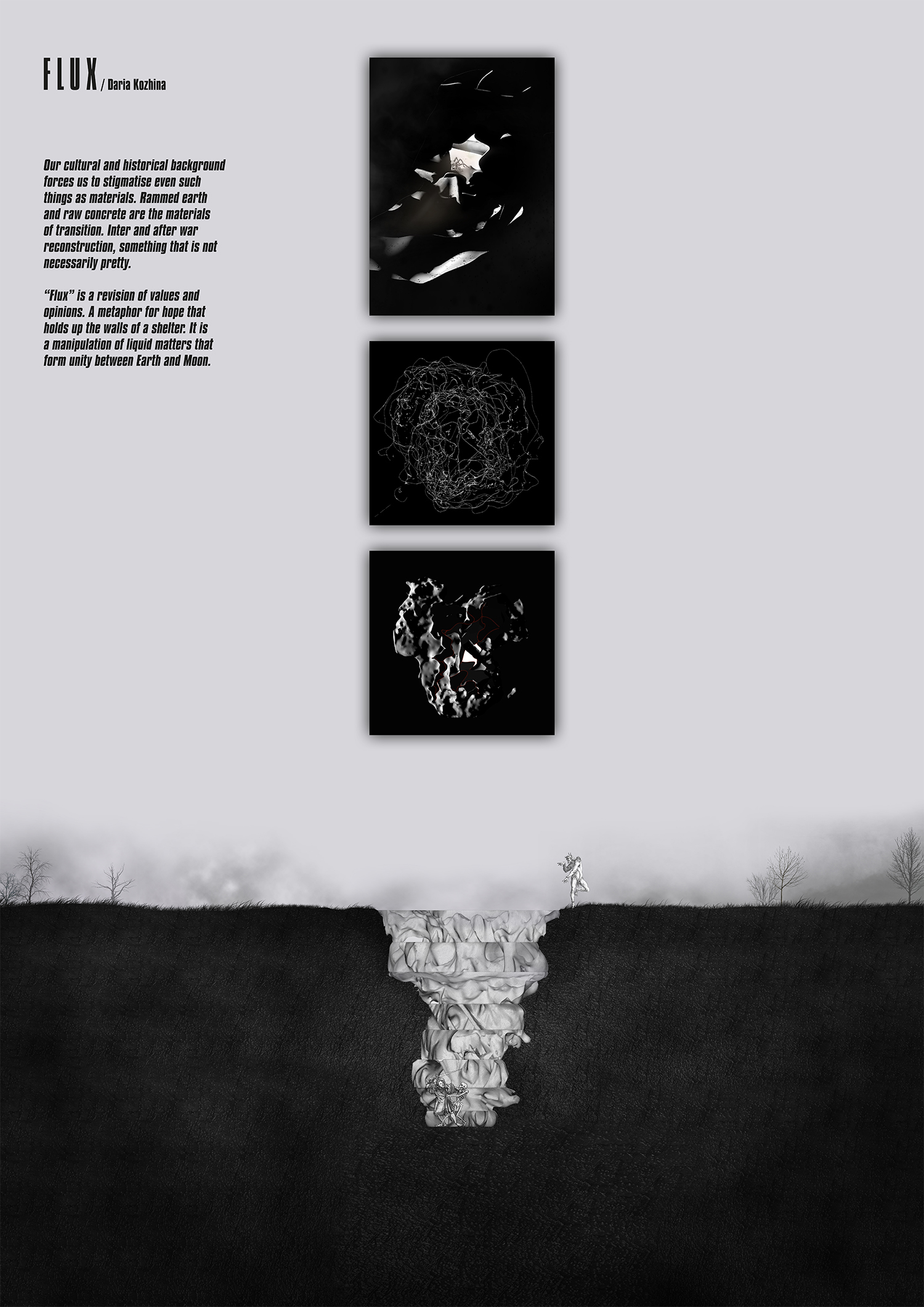