Elina is a interdisciplinary artist, fascinated by inbetweenness. Her areas of interest reect dierent states
of being a human, a creature between nature and culture, in a constant sensory relation with the world
around, and subtleties of this reciprocal interchange.

Elina is a Russian artist based in the Hague. With a background in literature, interior, and
material design, she works between these elds, with interdisciplinary realizations in
photography, video and objects. Her creative practice embraces the idea of human
“habitats” and questioning their cultural frameworks, locality, and the emotional
connection with environments. Often sensitive and suggestive, her projects aim to create a
room for empathy, reection, and imaginative future scenarios.

SUBMISSION: formations of the cup and the rock

Mineral sculpture inspired by the processes of rock-water interactions, and our
perception of reality behind the naming of things. Selenite, literally the stone of the
moon – selēnē, got its name due to its shine, translucency and prismatic, multifaceted
structure. Soft stone, that can be easily scratched with a ngernail, also quickly
dissolves and deconstructs in contact with water.
As a child, I remembered a saying of my grandmother: when the moon lays like a cup
that spills water, it will probably rain. This little connection embraces the complexities
behind the names and meanings preserved in languages and stories: memorization of
the seasons and weather, and naming of materials after visual metaphors.
Still, a cup for water made of the moon-stone is impossible.
Playing with the idea of this interaction, I exposed selenite pieces to small drops of
liquid, that over time formed a cup-looking deepening. A little ode to the formations
of matter, and shared views of the world, inseparable from our imagination. 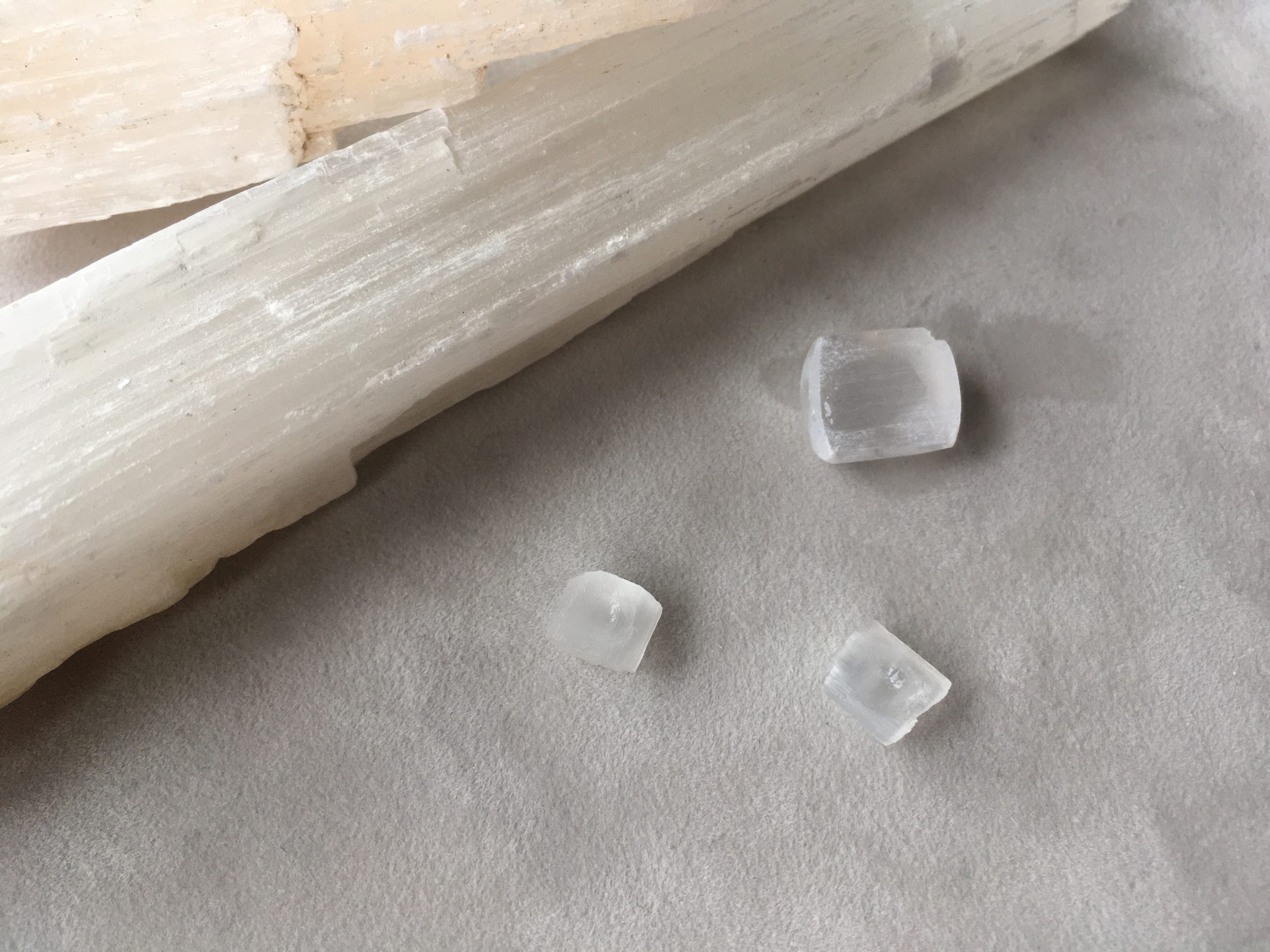 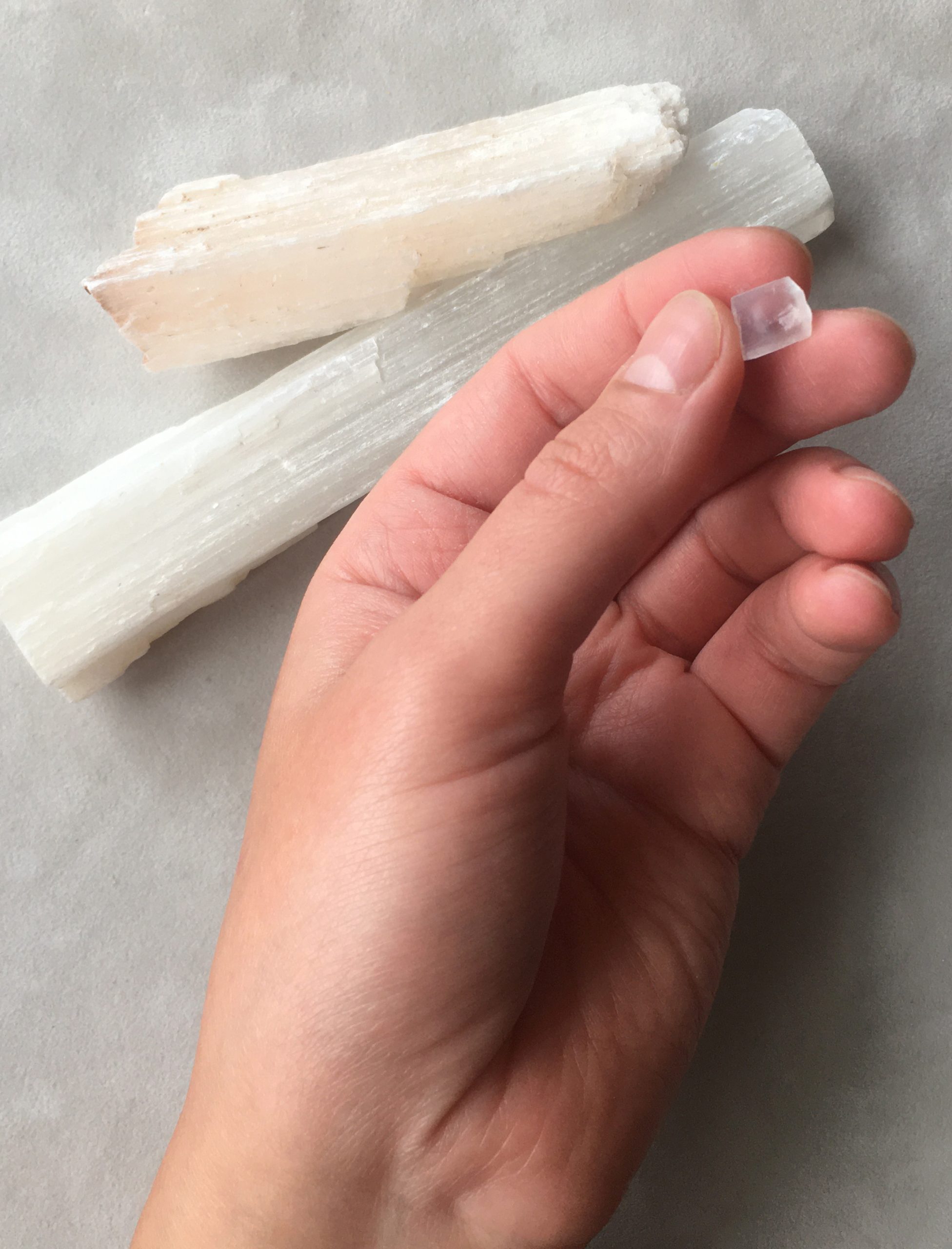