During the 17th century, Raphus cucullatus grew up on a small island close to Australia. Oddly, despite drinking a lot of milk, Raphusia only grew up to be about one centimeter – exactly one centimeter to be precise. Despite this setback early in life, he has always dared to dream big and explore what lies beyond the island. On clear night skies, he longs to spread his wings and take a look at his home from the perspective of the moon grasping towards the sky. Reflections of the moon that light up the darkest of night skies. As every ray of light that has reached his eye has the small possibility of being as old as the universe – making him a direct observer of the past Never in his life has he felt more united with the grandiosity of the cosmos? Dodo’s, as you might have guessed, have notoriously shown very little fear for the unknown. May the unknown and the wisdom from our past live in harmony. Awaiting your visit in space – Greetings, the Dodograndma.

Enjoy the conversation with the things that constituted you

The dodo is the most iconic and well-known symbol for the implications of human exploratory behavior. As humans become more daring and show increasing attempts to leave the soil we have been grown on, we find that the barrier between imagination and reality becomes increasingly less rigid. With technological ingenuity and audacity on our part, the once “giant leap” is starting to look like a walk around the park. With this shift in perspective we would like to stand still as to what we are doing, and wonder if our adjusted worldview with resulting behavior is to our best interest. Have we learned from the negative ways in which we have impacted our natural word during the last earthly exploratory phases? The dodo is a reminder for the transiency of the world around us, and advocates to actively display the mistakes humans have made in the past. Our mistakes are not here to mock us, not to stir up calm waters, and not to elicit negative emotions. They ought to be visible to us and function as a  library of mistakes we no longer have to make.

Listening to history is listening to yourself. You are not an exception and you won’t be able to escape the physical and social laws that govern our lives and dreams. Now we have taken the voluntary decision to leave earth, we have to ensure that we take on this challenge with great respect. We do this because we are curious about what lies on the other side of the hill. Not because we need to, and preferably not because we are forced to. Taking the responsibility for our actions while doing so. Curiosity is what makes us fundamentally human, and because we are human, it is in our best interest to make our efforts last.

Stand still, call your grandma and make sure you are listening. Because maybe, one day, it might be you who is picking up the phone. Speak with caution, as our history has conclusively shown that curiosity can indeed kill the cat, Uhm… dodo.

Are we listening to the advice the world gives us, and can we be positive about the human ability to learn from the mistakes we have made in the past – as many are forgotten earlier than we can make the next? 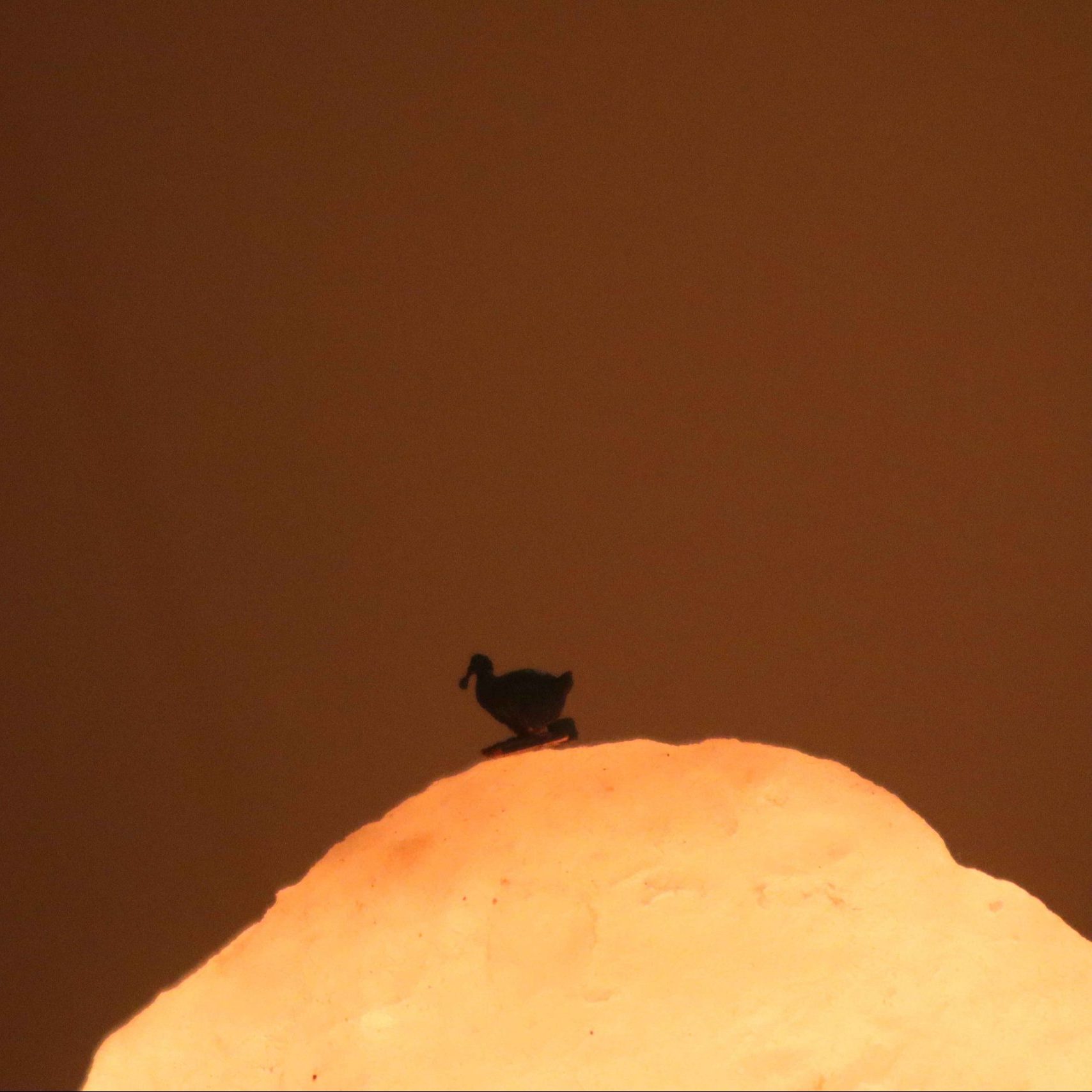