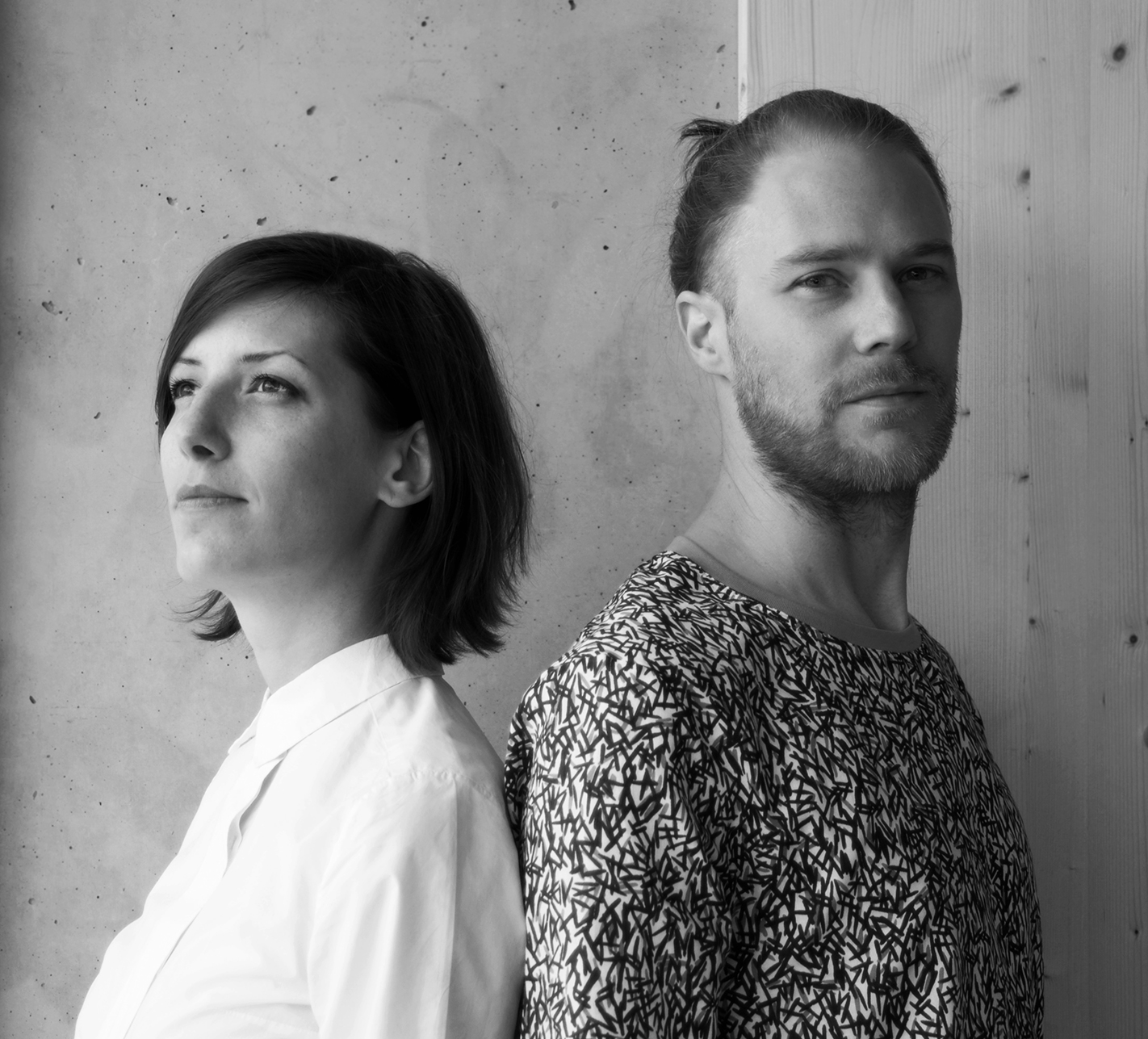 Operating in a space forged between craft technique and industrial logic, Studio Furthermore seeks out new kinds of material and cultural realities. Born out of constant hands-on materials exploration, these realities are formulated through ongoing research into science and naturally occurring processes.

Much still remains obscured about the silver-grey body which rises and falls over the night sky keeping watch as it has done for millennia. However, it is now thought that the Moon was born out of the Earth during a mass impact event. Characterised by it’s surface of pristine impact craters, the Moon has something of a shielding effect protecting Earth from solar winds, meteorites and space debris. Within the top soil, a wealth of exotic materials can be found which travelled from further out in space and have deposited themselves over the lunar surface. Many scarce materials here on Earth are abundant on the Moon just beyond our reach, for the time being anyway.

Studio Furthermore offers us a glimpse into a not-too-distant future which sees lunar mining provide much of the scarce feed material with which industry depends, taking the strain off of Earth’s diminished resources. The designers imagine working with Moon rock as marble or granite would be worked today. Taking cues from lunar geology, the studio have created a monolithic material language fusing recognisable geometric shapes with chiseled rock formations. Moon Rock by Studio Furthermore consists of lunar cut mineral ore furniture and light sculptures as well as collectible rocks. Each one unique in the universe. 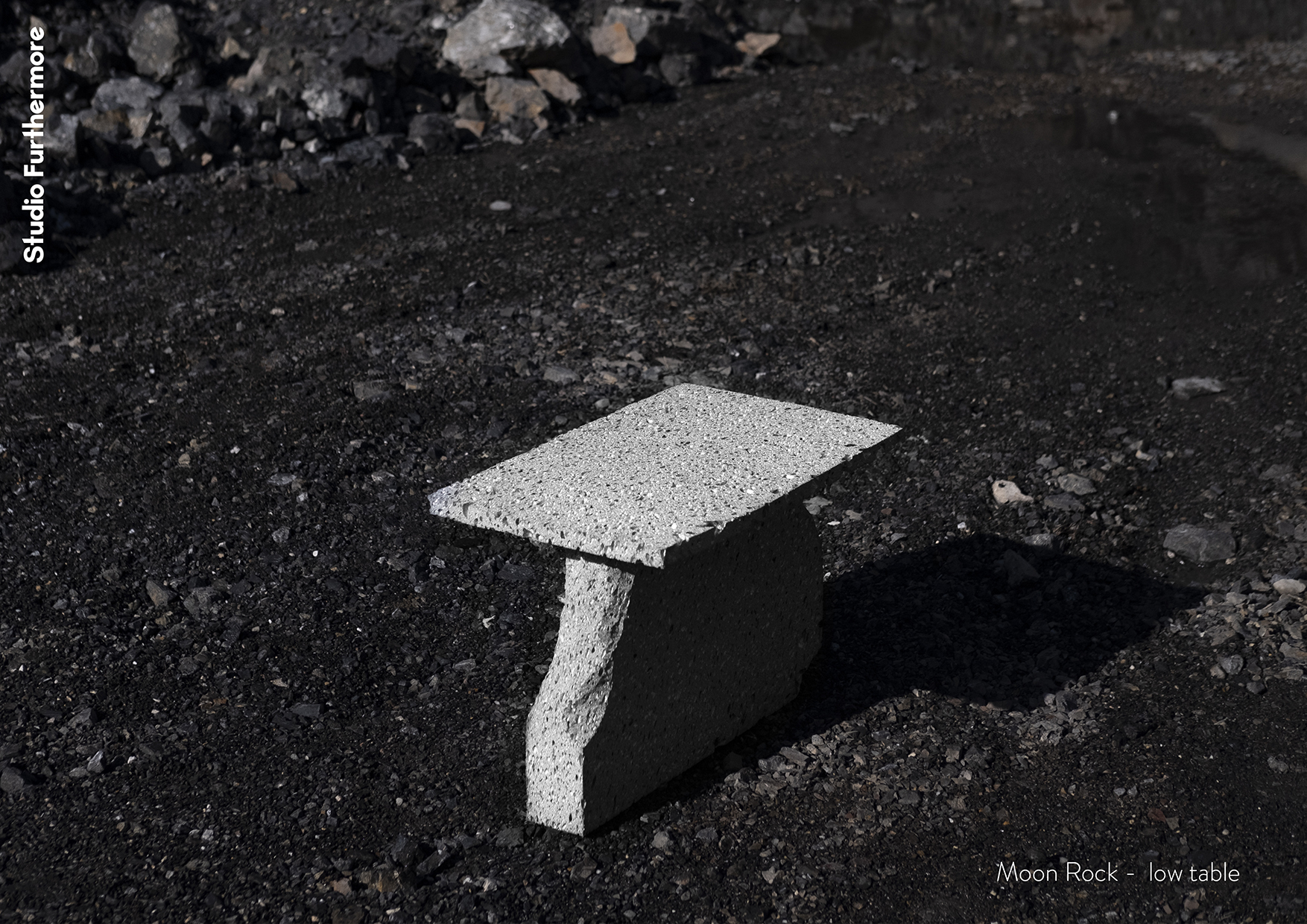 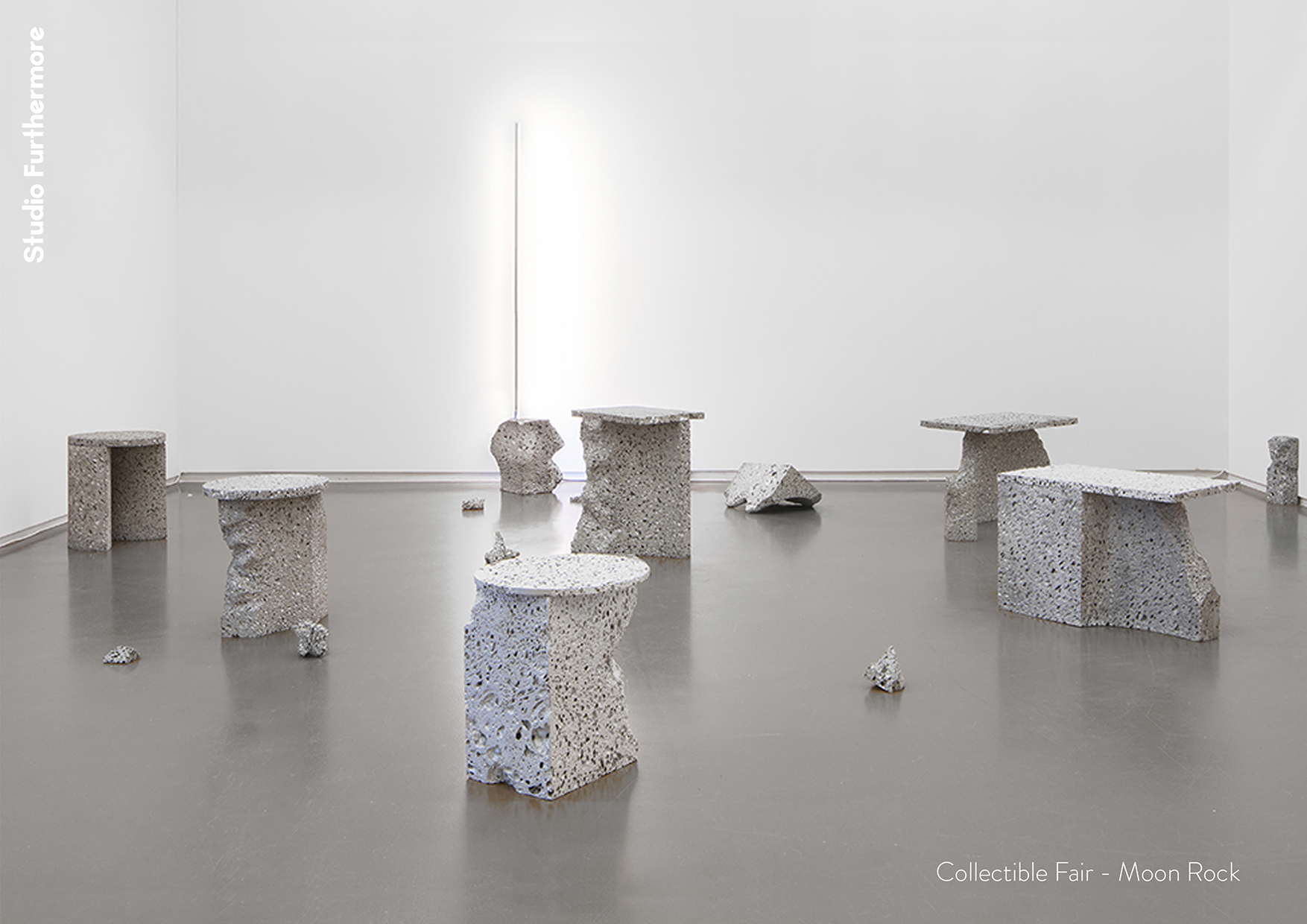 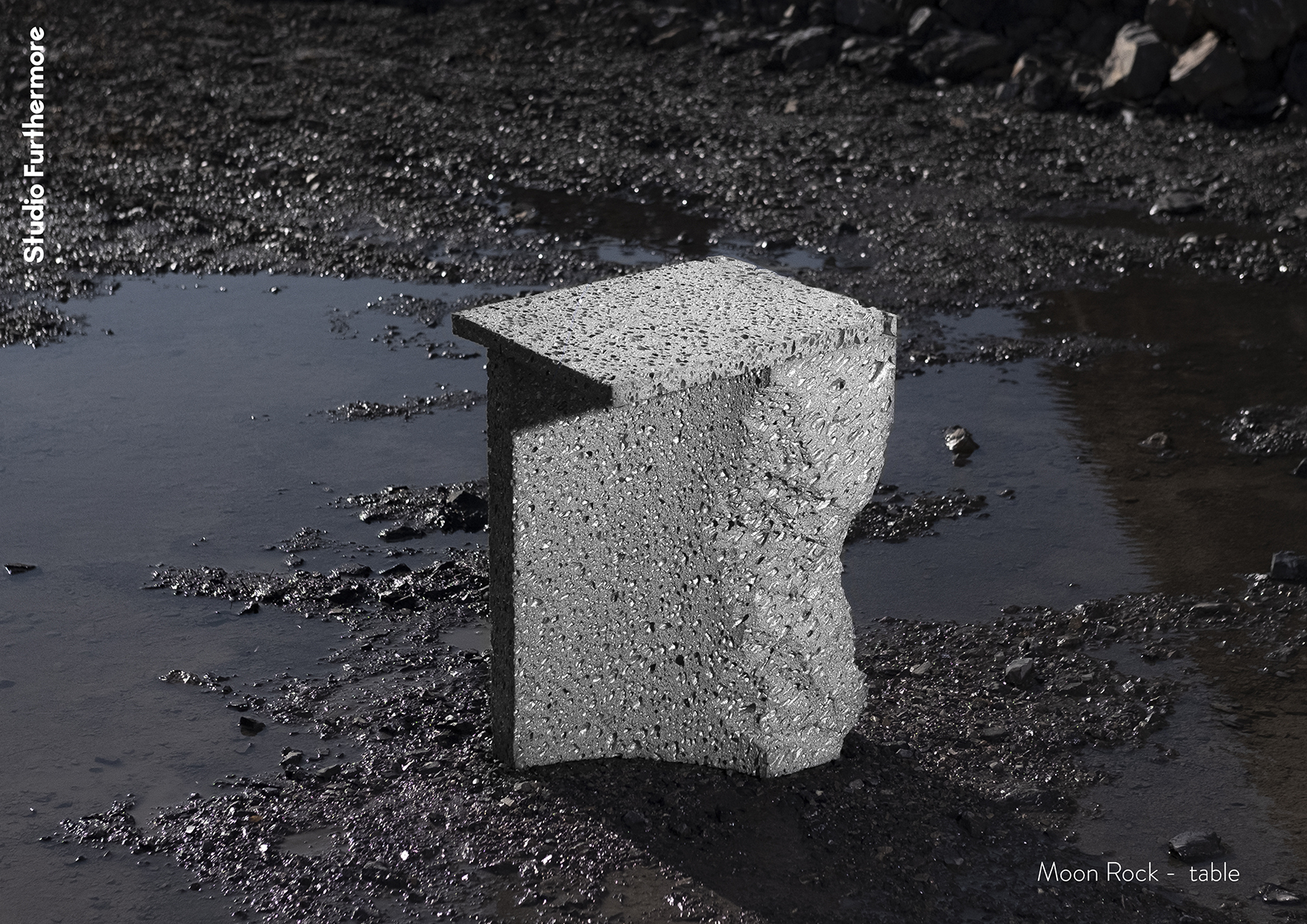