Discussing the serendipity of the first fire in relation to the human spirits nature for exploration, and how our next step in our scientific endeavor requires us to reconsider certain fundamental axioms that clash with our primal urges for spirituality.

Johan Recén Larsson is currently a student of Interior Architecture at The Royal Academy of Art in The Hague. Many of his works are inspired by a kind of natural romanticism in observing the beauty in the world and translating that inspiration into an interior architecture that can be walked through as a multisensory experience with a great focus on the combination of music and architecture.

It is intrinsic to our nature to ask the fundamental questions of life, and it is the pinnacle of the human intellect, that we, with the methods and tools of science, have started to find some answers. However, the scientific view of the world can sometimes be accompanied by a form of existential nihilism. The despair of finding ourselves lost in a mysterious universe without having any meaning. A view perhaps even more intuitive on the moon considering the harshly sterile barren landscape. This problem requires humanity to engage in a deep self-reflection. Is existence itself really nothing but a mechanical clockwork, made of dead unintelligent dirt that is merely being pushed around by the blind forces of nature?

I want to put that dreadful description into contrast with the feeling of spiritualism that emerges from observing the beauty in the world. Take for example the awe and wonder that arises when gazing at the moon. I would like to remind the future explorers, of this positively poetic way of looking at the world. As well as to raise questions around the relationship between the scientific worldview and the primal urges for spirituality.

The sculpture that is my proposal, is made out of wood in a structure resembling the archetypal fire. The endeavor to live on the moon is a historical leap of arguably the same magnitude as the domestication of fire in terms of prosperity. In a way, our entire technological capacity was generated as a causation of the ability to control fire. It gave us warmth, protection, and illumination, the possibility to cook food as well as providing a platform for socializing late at night, giving rise to storytelling and the start of cultural traditions.

The sculpture is treated with a coating of transparent phosphorescent paint, and so having different appearances during day and night. During the day it remains in its neutral wood color as it collects energy from the sun which during the night is slowly being remitted in a luminescent glow. It is the antithesis of a normal incandescent fire, in that it does not produce any heat. It is in that sense a cold fire, illuminating a gentle soft glow, reminding of the aurora borealis or the bioluminescence of some plants and animals. It is this natural spiritualism, of awe and wonder of the natural world that I would like to bring to attention. With the word “spirit” in Latin meaning “breath”, it is that sensation of being alive that is the fire of the human spirit.

Humans have always been characterized by venturing beyond the boundaries, out of the safety zone of the fire, and into the unknown. Into the land of potential riches and facing the dangerous obstacles that are always apart of wandering where no one has wandered before. As we reach to establish a habitable order in this uncharted land, I want my sculpture to remind of our humble beginnings as we grow to take the next great leap for humanity, starting our new colony on the moon. 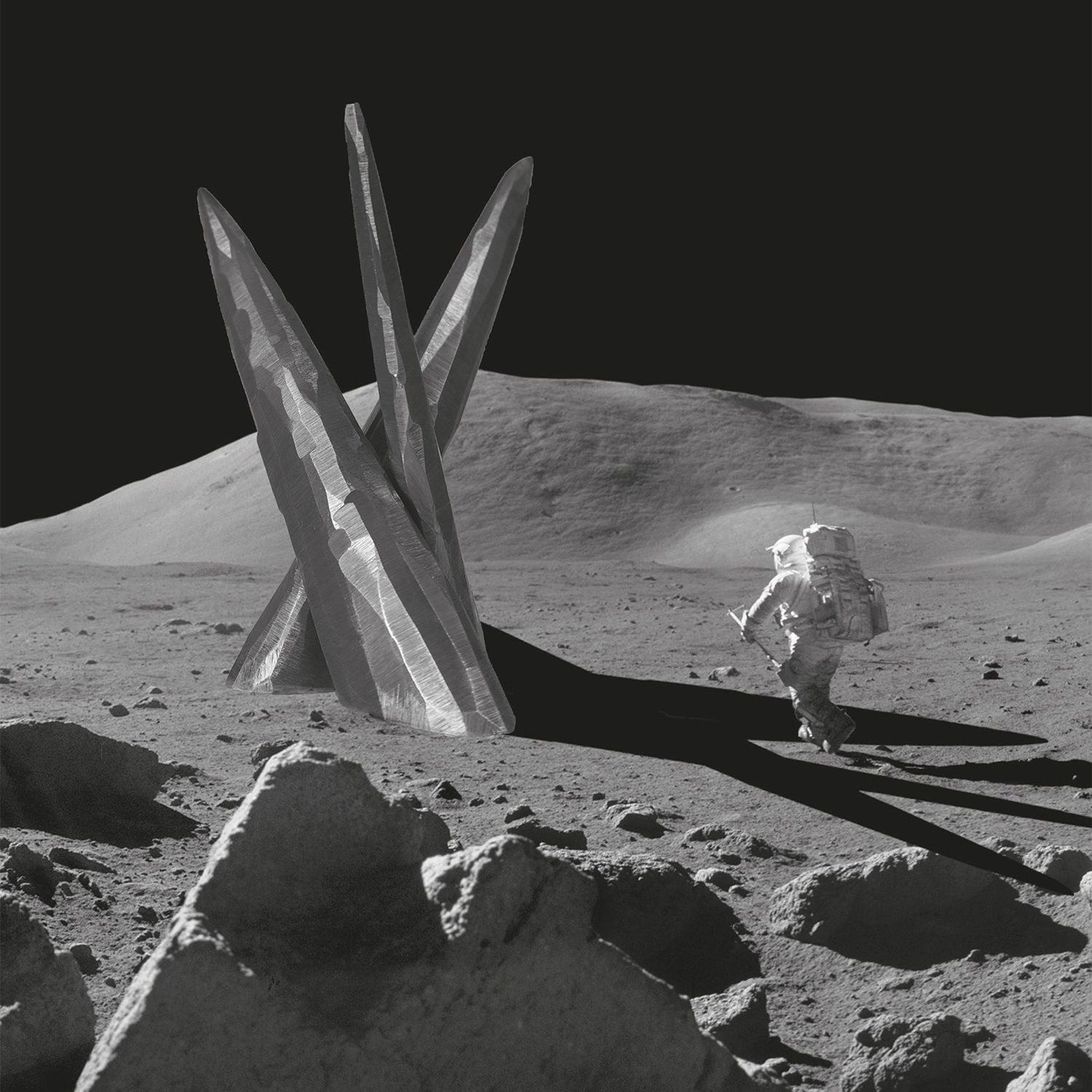