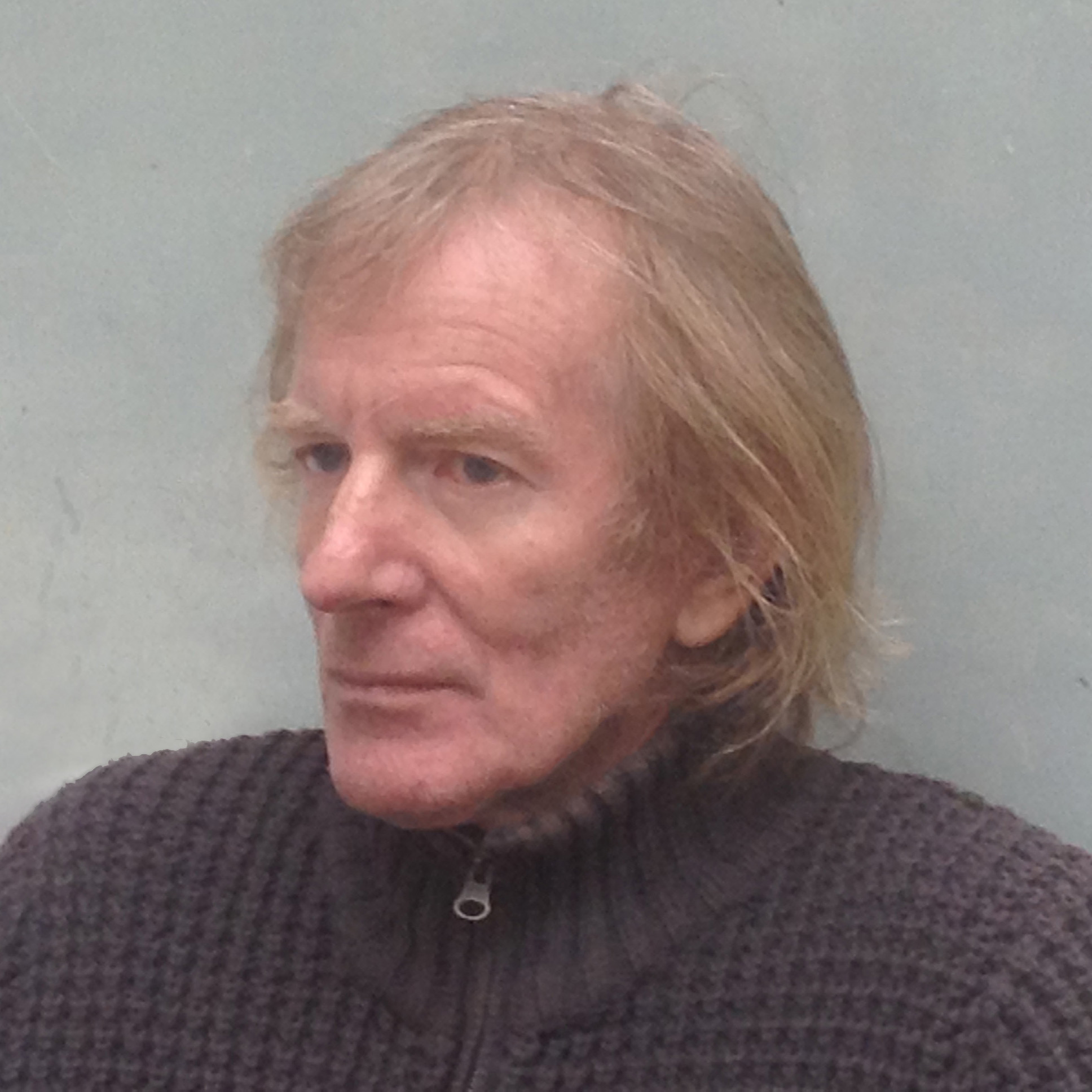 Since 1985 Sjardijn has been working on a project that is based on the A Line concept in outer space, visible from the clear eye. Sjardijn presented the first statements and works in the Gemeentemuseum in The Hague in 1986, with an animation in Omniversum in parallel with the title Leeg Vierkant 1986. He produced this work together with the astronomer Dr Wim Bijleveld on the planetarium computer Digistar from Omniversum.

Sjardijn worked together with the French Group Ludic from 1970 on the realization of four playgrounds (Buiteltuinen) commissioned by the Bijenkorf. He then set up the Working Group on Play Development to develop a number of modern playgrounds. Together with Hans Koetsier, Peer van Houwelingen and Nout Visser, he realized a spatial artwork in Zoetermeer. After that period around 1973 he devoted himself mainly to painting. From 1984 he became interested in weightless sculpture.

At the Delft University of Technology he experimented under the direction of Prof. Erik Jansen and Jouke Verlinden with a Head Mounted Display of virtuallity connected with a tactile force feedback dataglove. Since the arrival of the Internet and the Internet, Sjardijn has been researching the possibilities of interactive virtual reality over the internet.
In collaboration with TU Delft, he visualized animations and explored the first developments in the field of virtual reality, 3D printing techniques and robotics.. In 2000, Sjardijn developed a first interactive virtual museum for the Groninger Museum. With a “Live Fair” from Mondriaan Fund , Sjardijn developed the interactive installation “Elements” from 2010-2014. With the help of a head-mounted display and Dataglove, he created his Weightless Sculptures. Since 2011 Sjardijn has been painting again.

Black Box starting from zero, in zero, via virtual reality to the first extraterrestrial weightless sculptures.

Starting with a “Line in Outer Space, Visible from earth, With the naked eye, At Clear nights” in 1985, Black Box is the spatial successor of Malevich’s “Black Square”.

Beyond the zero of 3D form and emerged from nothing to a Line, that is, to meta-reality, to the new immaterial global realism in outer- and cyberspace to virtual- and extraterrestrial creation.

Black Box is meant to evoke the experience of immaterial new objectivity in the emptiness of a liberated cultural space. 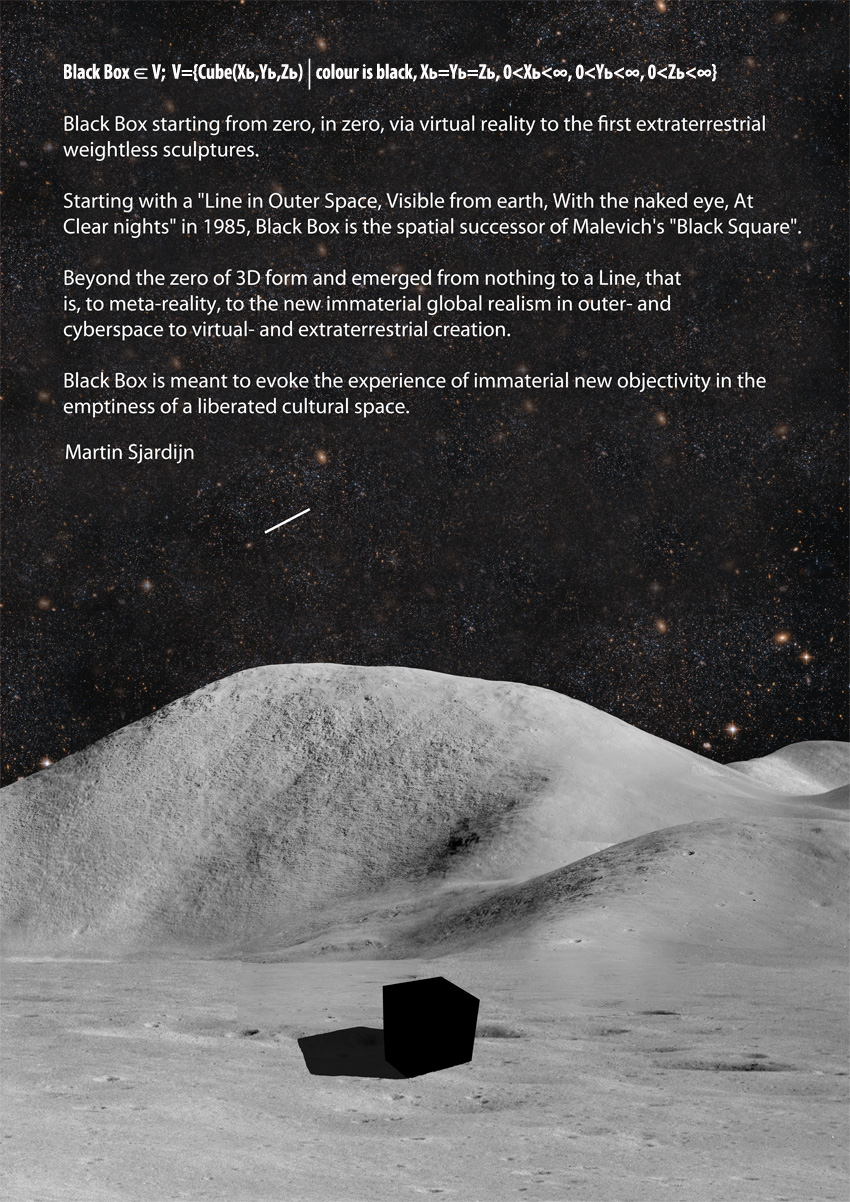