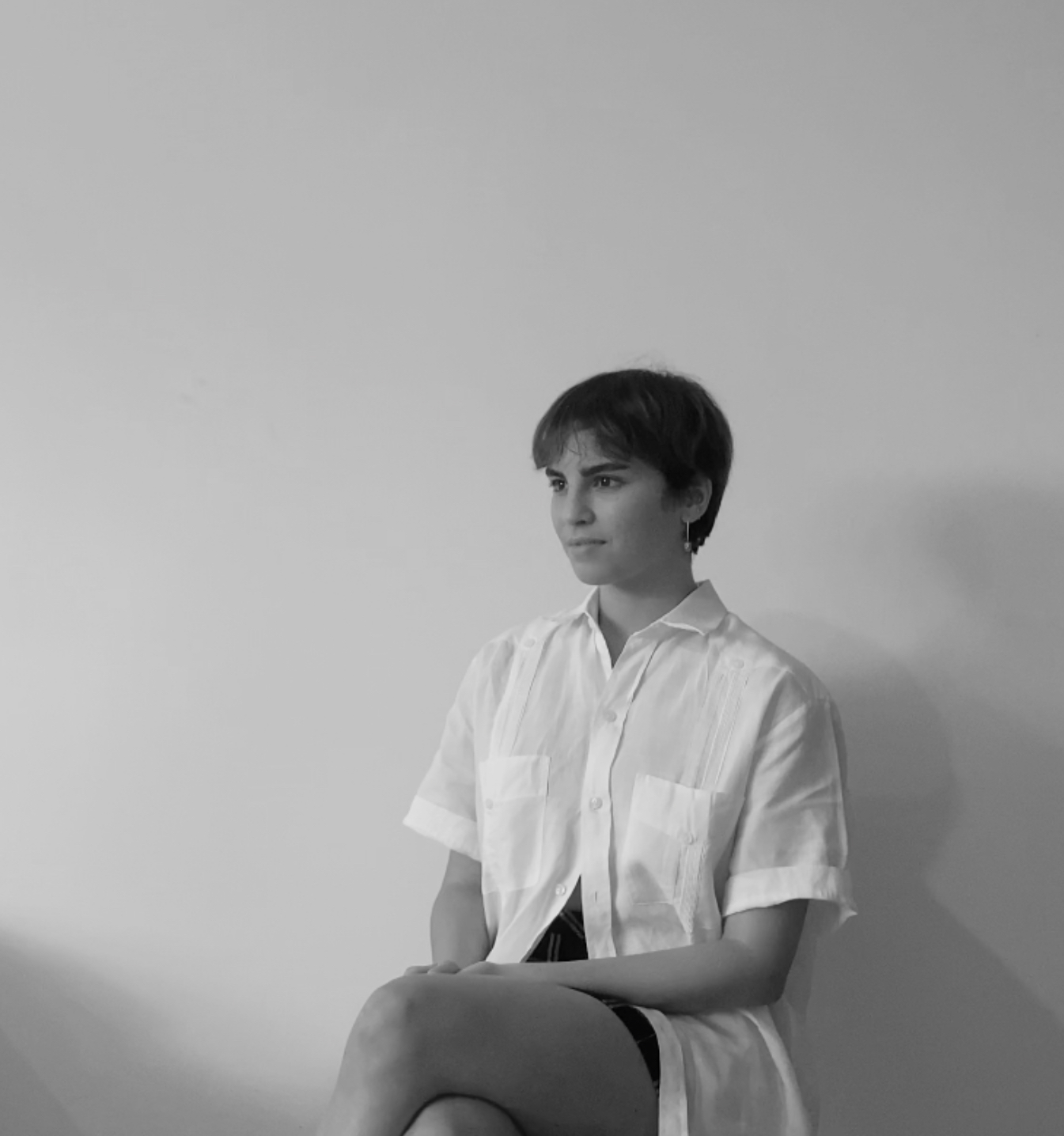 Paula Romero Franco is a multidisciplinary artist and jeweler from Guayaquil, Ecuador –where she is currently based.

The symbol of feet fascinates me because it signifies change. It embodies the act of traveling from one space to another. From familiar terrain, to strange and new environments that provoke us to adapt. Feet have allowed humans to explore, to migrate, to chase, and to dance. They set us in motion to satisfy our ever-present inquisitive spirit. A spirit that has accompanied us from the African savannah to the surface of the Moon.

Our feet have been faithful carriers of our species’ evolution; and Sobre los hombros is an ode to evolution. The sculptural representation of the foot plays with the act of standing on top of something, as well as the allusion to a path walked. The words “on the shoulders of giants”, engraved in Spanish, signal the magnificent history and development of species that eventually led to our –miniscule in comparison– existence.

I hand carved the piece in a figurative approach to be instinctively familiar to the viewer. Still wanting to maintain a connection to innocence and curiosity, it holds a doll-like appearance. The same association adheres to the calligraphy of the engraving. It has a childish and scribble-like aesthetic that intends to cite the human hand component of the work. The micro-sculpture is casted in gold to commend the metal’s resilience, as well as its historical and scientific significance.

There was so much magic happening on Earth long before evolution spat out humans. It is vital to recognize the abundance of life that came before us in order to care for the life present now. We tend to forget the enormous chain of coincidences that had to happen for us to be here, and it feeds to our superiority complex. We have accomplished a great deal as a species, but on a cosmic scale we are infants, still learning how to walk. 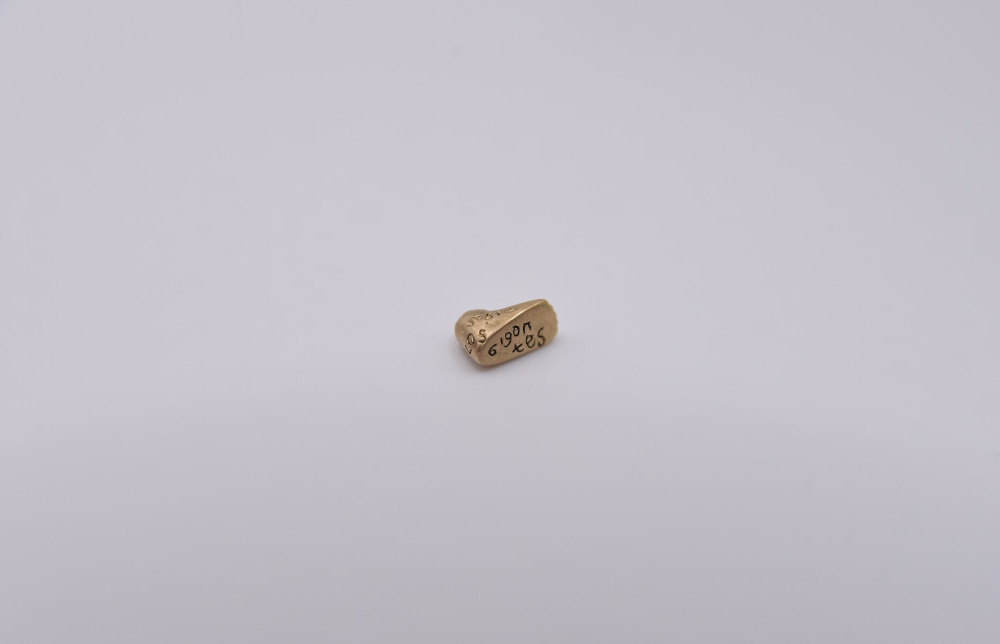 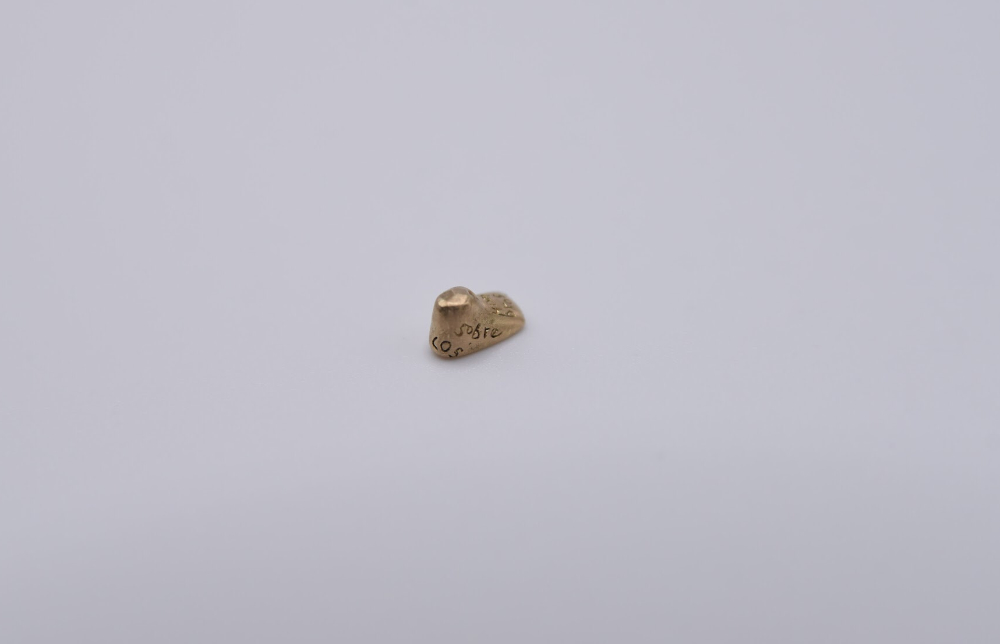 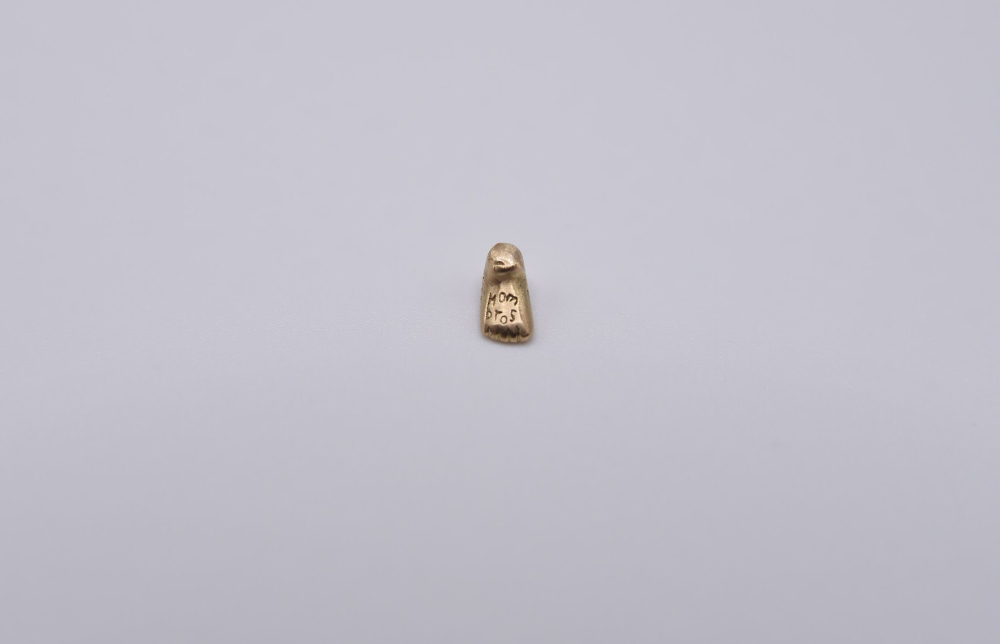 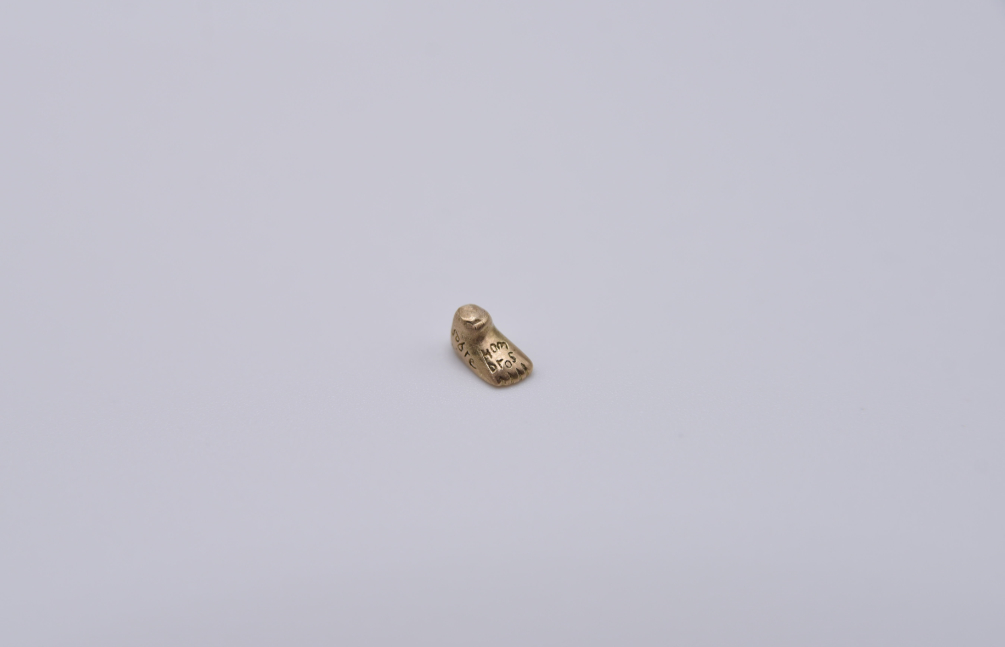