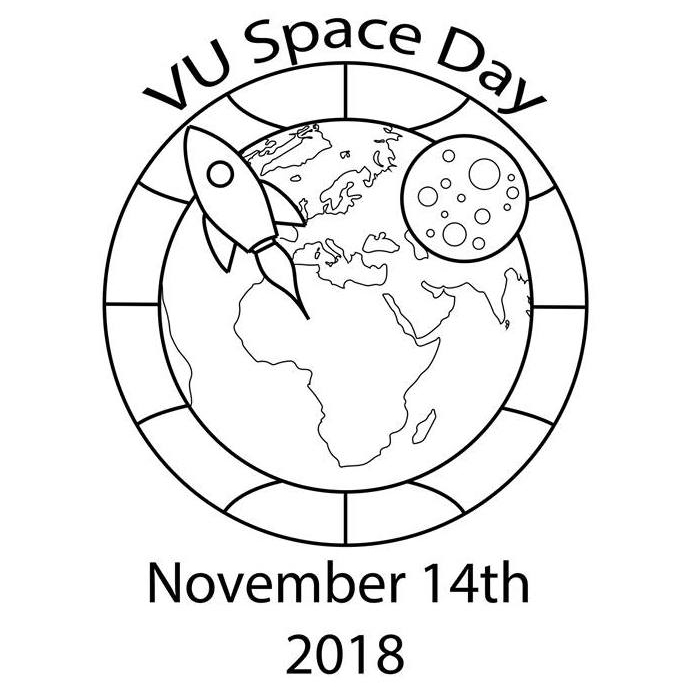 The VU Space Day is a small space related symposium for students, organized by students. This year the Space Day focuses on the future of space exploration and what role the undergraduate and graduate students of different studies can take on to participate in this. Space exploration is still a hot topic amongst students in a very broad range of subjects, but the job offers in the space sector are often unclear or seemingly unreachable. The VU Space Day will not only give an impression of possible career options while working in the space sector, but it will also provide insights in study tracks and traineeships, as well as a networking event with the speakers at the end of the day.

In collaboration with ESA/ESTEC, VU, and world leading experts in the fields of astrobiology, astrophysics, space engineering, and mission simulations, a full day programme is planned to take place on the 14th of November 2018.

Carmen Felix – Carmen Victoria Felix Chaidez is a scientist, engineer and first Mexican to work on simulations for future Mars missions with Space Analogues. She has been credited in part for the creation of the Mexican Space Agency as well as promoting space-related careers in her native country. Her work has been recognized by her home state of Sinaloa and Quien magazine named her as one of 50 Mexicans transforming the country in 2017.

Ewine van Dishoeck – Ewine F. van Dishoeck is professor of molecular astrophysics at Leiden University. Following her graduation from Leiden, she held positions at Harvard, Princeton and Caltech from 1984-1990. The research of her group is at the boundary of astronomy and chemistry. She holds many national and international science policy functions, including scientific director of the Netherlands Research School for Astronomy (NOVA) and president of the International Astronomical Union. She has been fortunate to receive many awards, including the Dutch Spinoza award, the Dutch KNAW Professor Prize, the 2015 Einstein World Award for Science and the Kavli 2018 Astrophysics Prize. She is a Member of the Dutch, German and US National Academies of Sciences.

Wim van Westrenen – Wim van Westrenen is interested in the use of experimental high-pressure, high-temperature apparatus to solve mineralogical and petrological problems in Earth and Planetary Science. To do so, his team subjects rock samples to extreme pressure and temperature conditions, and measures their chemical and physical properties. He teaches (parts of) courses in mineralogy, rock recognition, mantle properties, magmatic processes, and planetary science, and is Director of Studies of the VU MSc programme ‘Earth Sciences’. Wim van Westrenen is a member of the Young Academy Award. In 2013, he was appointed as full professor on a University Research Chair.

Bernard Foing – Prof. Bernard H. FOING is senior scientist, space engineer and EarthMoonMars explorer at ESA-ESTEC, Executive Director of ILEWG (International Lunar Exploration Working Group). He has been Co-Investigator of space missions SOHO, XMM, BIOPAN, SMART-1, Mars Express, COROT, Expose on ISS, ExoMars. He is former Chair of ESA-ESTEC Staff Association Committee (2012-2017) representing 1400 colleagues. He has worked at ESA ESTEC as Chief scientist, Head of the Research Division, father and Project scientist of SMART-1 (first ESA mission to the Moon, launched in 2003), study scientist, Research Unit Coordinator, and Staff scientist. He is research professor at Vrije U. Amsterdam and FloridaTech, and manager of ExoGeoLab, ExoHab, MoonVillage projects & EuroMoonMars field campaigns. He worked on PhD on Astrophysics and Space Techniques in France and US (New Mexico, LPARL Stanford, Boulder, Harvard) using a sounding rocket experiment. He worked 3 years in Chile as astronomer for ESO European Southern Observatory. He has published over 760 articles, including 220 refereed papers, in space science and technology, Moon-Mars exploration, astrophysics, astrobiology, instrumentation. He edited 20 books, organized over 70 international conferences and symposia. He is full member of the International Academy of Astronautics, and chair of IAF ITACCUS Committee on Social and Cultural Utilisation of Space.

Håkan Svedhem – Since 2014 I am the Project Scientist of the 2016 ExoMars mission, which includes the Trace Gas Orbiter, TGO, and the Entry, descent and landing Demonstrator Model, EDM (Schiaparelli). Before this, I was the project Scientist for the Venus Express mission from the start of the development in 2001 to the end of mission in 2015. My main research interests include atmospheres of the terrestrial planets, planetary evolution, interplanetary dust, and space instrumentation. In parallel to my ESA appointment, since 2016 I am the General Secretary of the European Geosciences Union, EGU. I will talk about the ESA/Roscosmos ExoMars programme, which has as its over-all objective to search for signs of past or present of life on Mars and wherever possible to characterise these. I will focus on the TGO, its instruments and its first results. To put things in perspective I will also give some examples of results from our old but still working spacecraft Mars Express. I will also describe the very complex ExoMars Rover and Surface Platform and their highly advanced sets of instruments, and discuss the recently selected 2020 landing site Oxia Planum together with some of the scientific and technical justifications for selecting this site.

Anna Sitnikova – Anna Sitnikova is an artist and designer based in The Hague. Space inspires her designs as the ultimate architectural space, where gravity doesn’t limit structural possibilities and axes infinitely expand. She is specialized in smart materials, three-dimensional, expandable and interactive structures. In collaboration with International Lunar Exploration Working Group at ESA-ESTEC, she is developing concepts for MoonMars habitats. Her designs will be implemented for terrestrial analogue campaigns to improve astronaut experience and performance at HI-SEAS, IGLUNA, EuroMoonMars Iceland 2019. As an art curator, she works in close collaboration with Alexander Zaklynsky and Bernard Foing to develop an international call for art and the gallery of 100 artworks & artifacts to be sent to the Moon in 2022.

Jerre Sweers – Jerre Sweers has a background in mechanical engineering and is currently founder and CEO of Stellar Space Industries. During the presentation, he highlights the current developments in technology and innovation from a Dutch space company and were going to present the were going back to the moon with robots that are built in the Netherlands. 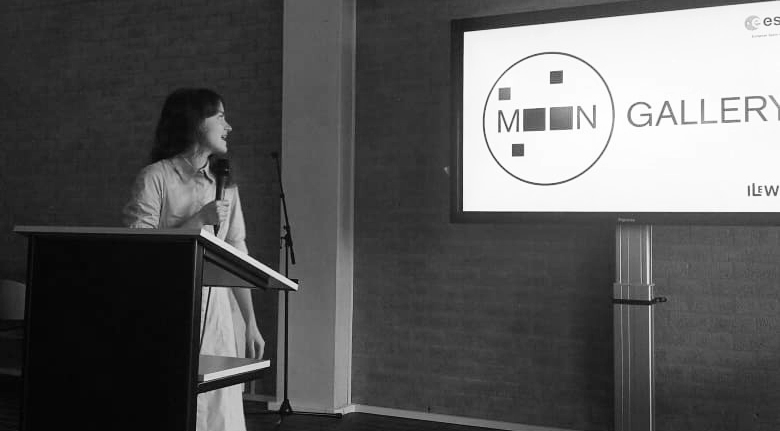 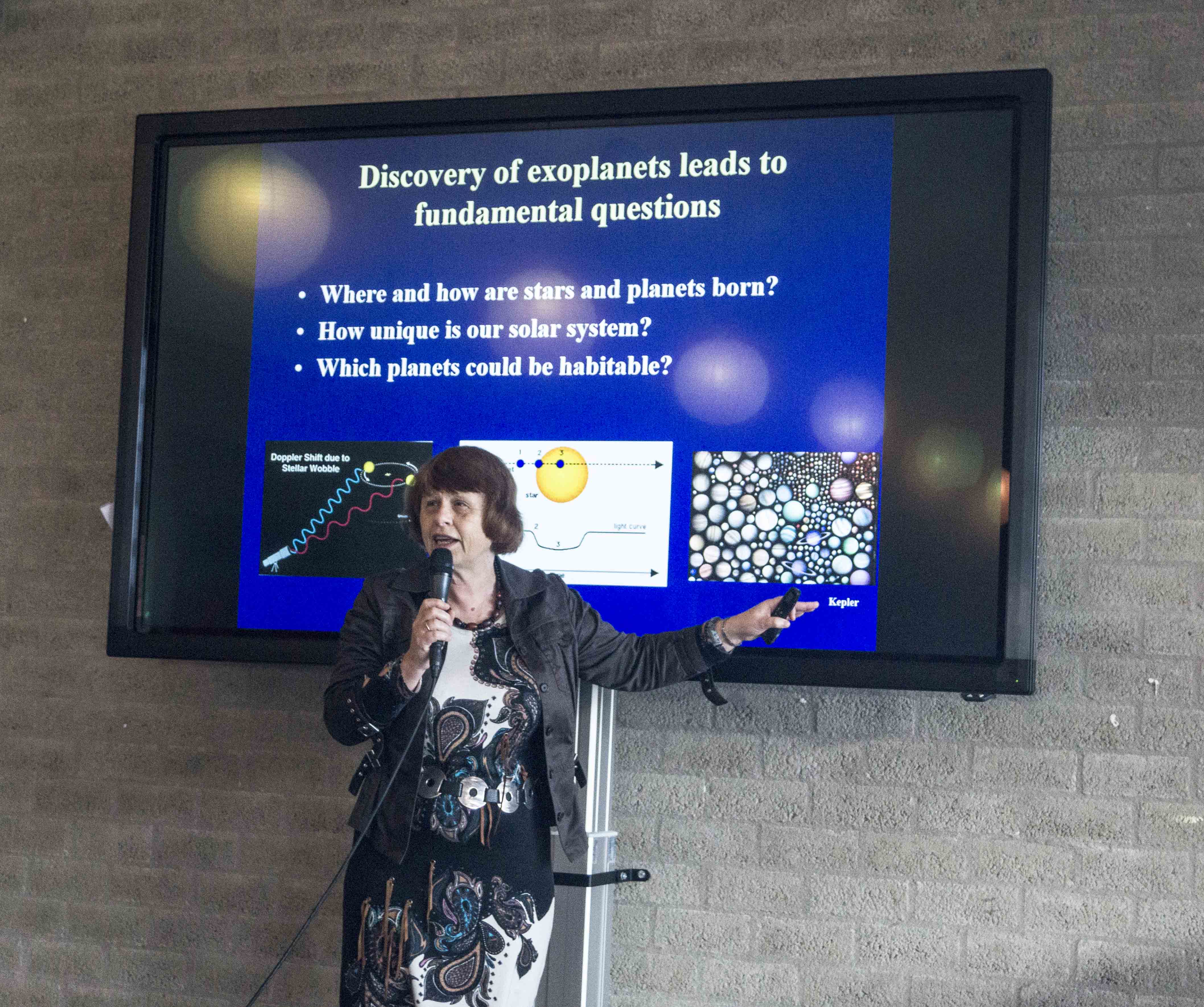 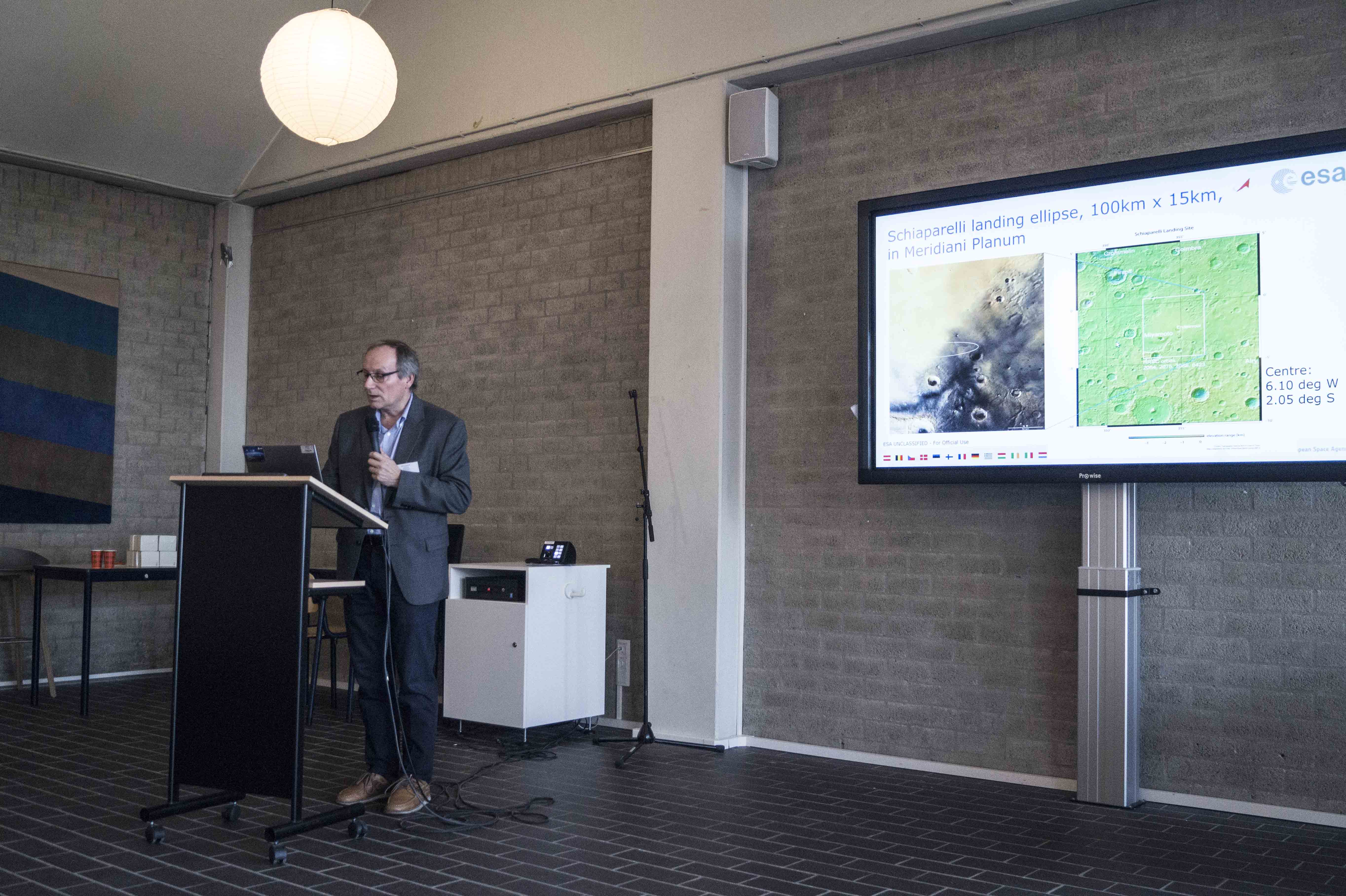 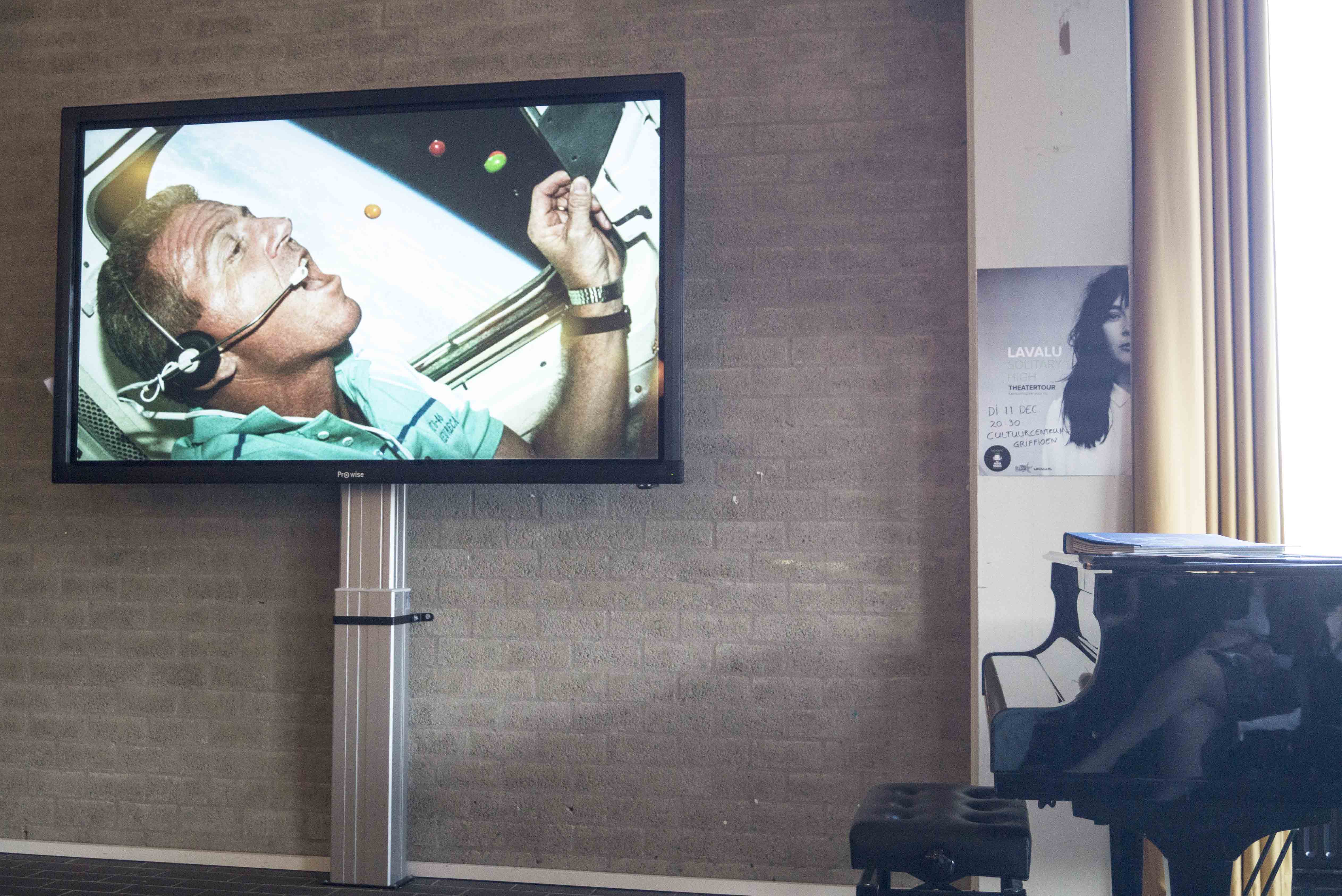 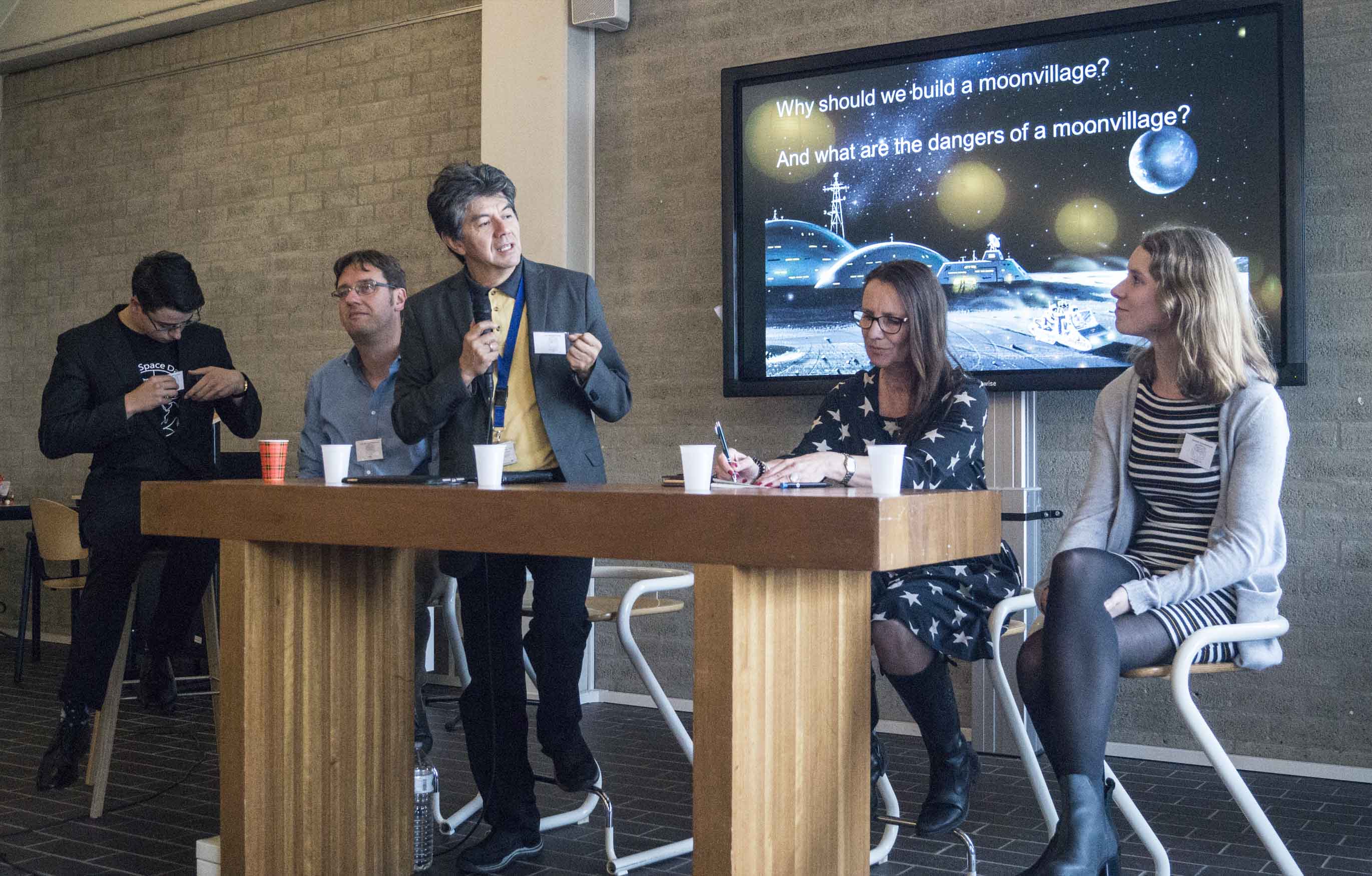 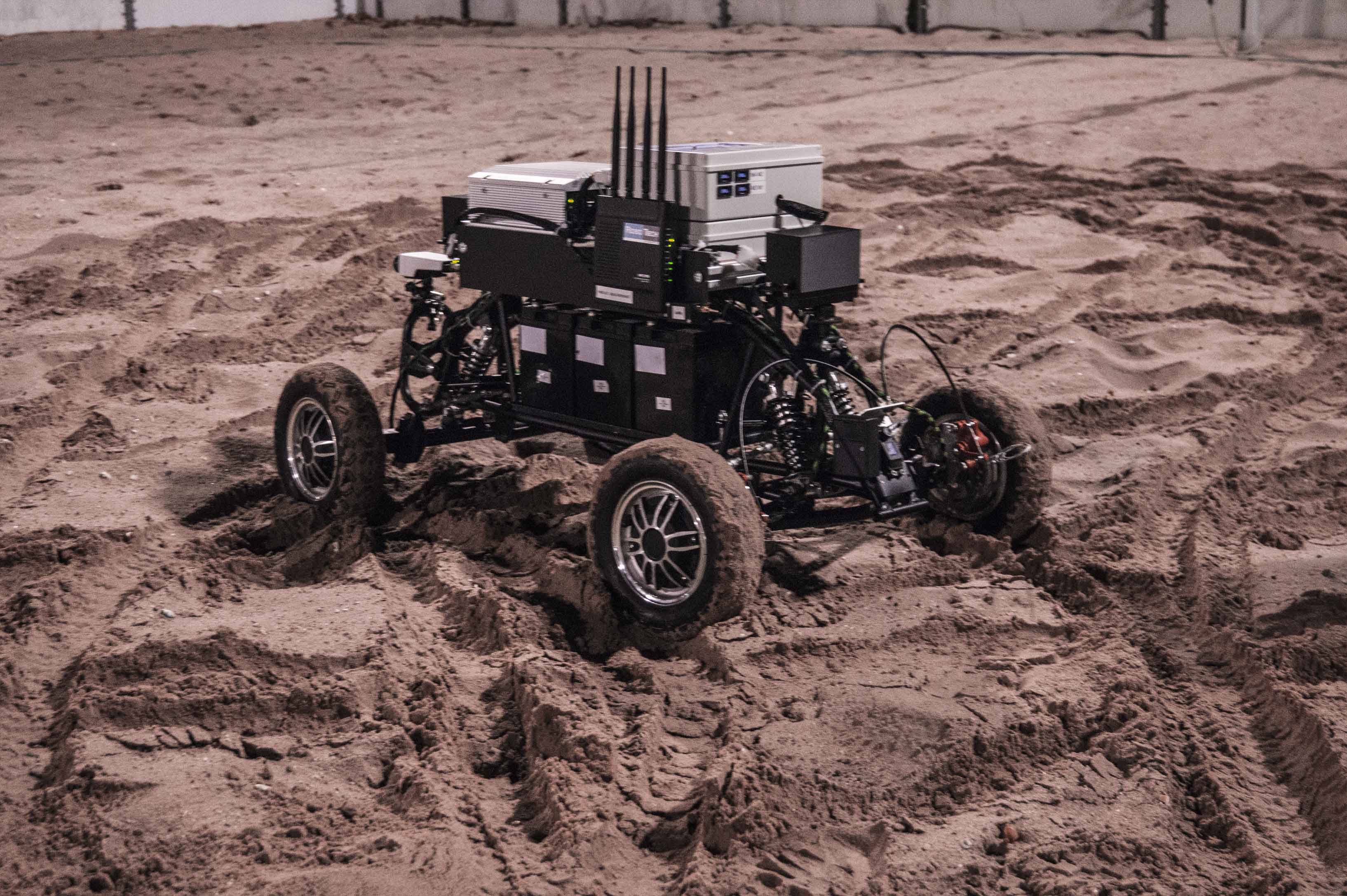 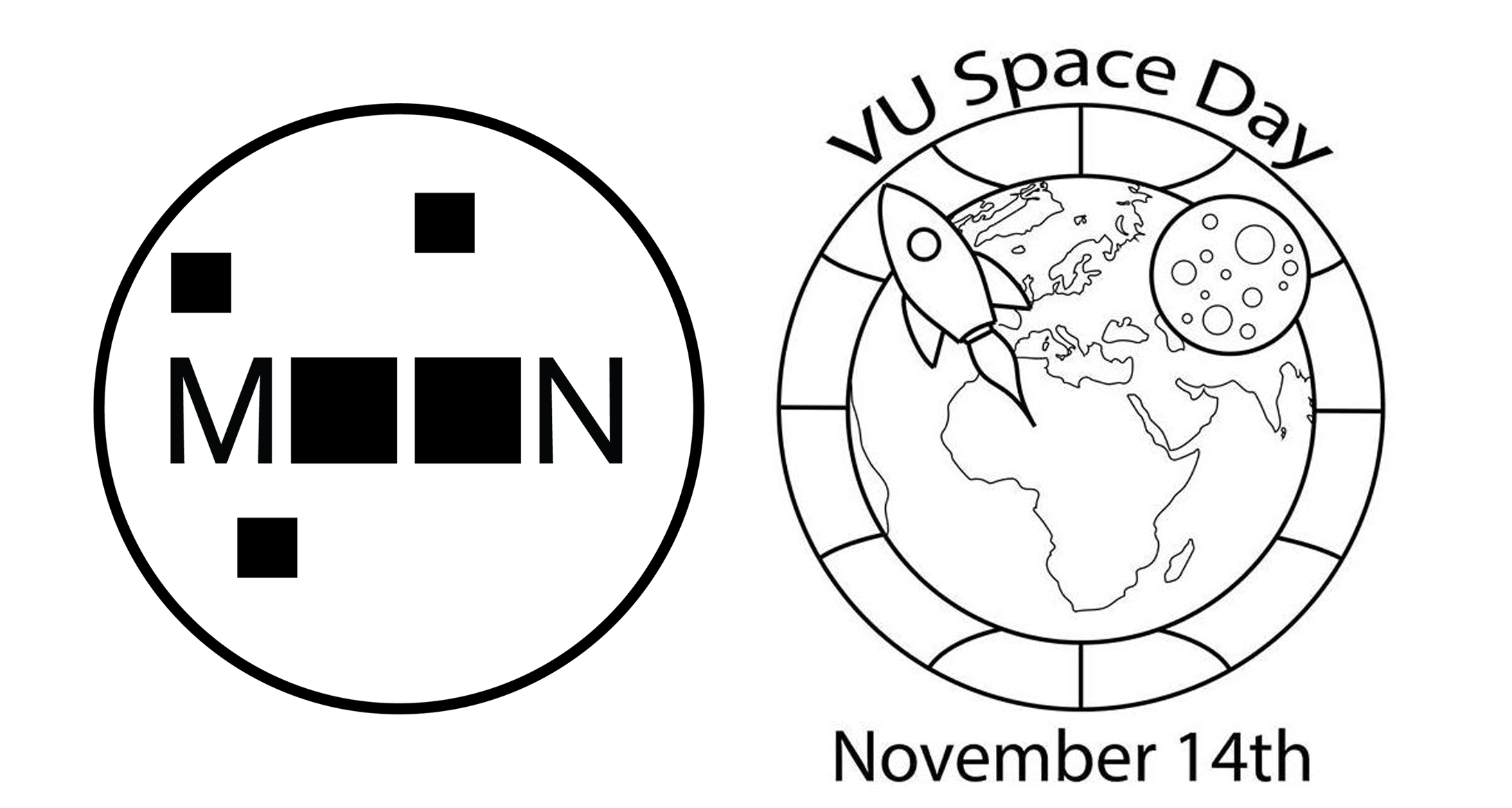